Physicists have confirmed the presence of the second layer of information, hidden in human DNA 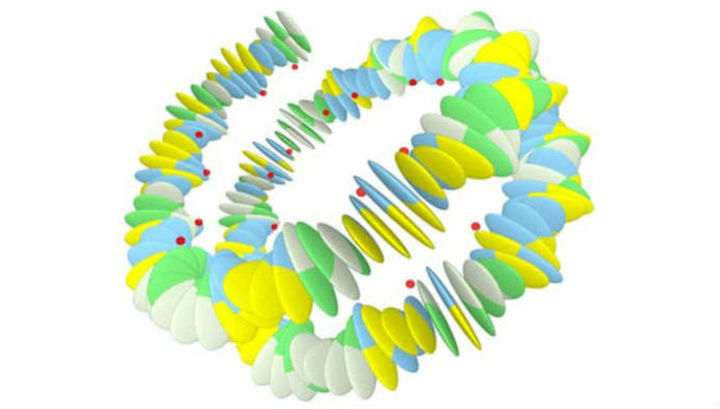 All that makes man as he is embedded in his DNA from his appearance to hereditary diseases. Moreover, recent studies have shown that DNA is even recorded, upon a man of financial success, and the age at which he loses his virginity.

However, many scientists have long believed that man is not only, so to speak, the product of their own genetic code, but also “mechanical teams,” which are defined by the way the DNA folds inside the human cells. Now theoretical physicists from the Netherlands confirmed that this second “layer” of information really exists.

Recall that proteins are the building blocks of our body. The sequence of the four main nitrogenous nucleic bases (A, G, C and T) in the human genetic code of DNA determines which proteins are produced in the body and in what quantity.

For example, if a person has brown eyes, this is for the reason that the sequence of letters in DNA encodes proteins that “creates” brown eyes.

But, despite the fact that each human cell contains the same DNA sequence, differences in the bodies (and their work) suggests that there is some process which affects how the information is inside the cells.

Human DNA is tightly Packed in the nucleus of the cells, because each DNA molecule can stretch about two meters.

In the 1980’s, scientists have suggested that the mechanical properties of DNA dictate how her “thread” it in a cage and, as a result, changing the genetic code. All this provides an additional layer of information on top of the sequence A, G, C and T in the double helical structure of DNA.

A team of researchers under the leadership of Sissela Helmut (Helmut Schiessel) from the Institute of physics in Leiden has used computer modeling to test this hypothesis. In the end, scientists found compelling evidence that such “mechanical team” exist in reality.

Scientists gave a randomized (random) mechanical signals the DNA strands from the two organisms – Baker’s yeast and yeast kind Schizosaccharomycetes and found that DNA molecules are formed from them in different ways.

Experts explain that mutations in DNA have thus a double impact to change are two different things: a specific sequence of genetic letters protein or the mechanical structure of DNA. In the second case, it will determine how genetic year will be read, and the type and number of proteins that will be produced.