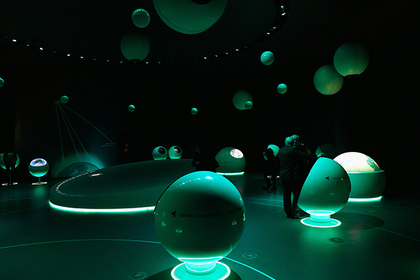 British, American, German and Portuguese physicists proposed a probable explanation of the observed three-dimensionality of space (without taking into account the time coordinate).

The hypothesis of scientists suggests that at the early stages of the development of the universe, about 13.8 billion years ago, most of the matter of the world was in the state of a quark-gluon plasma. During the phase transition of the quark-gluon plasma, protons and neutrons formed in the plasma, forming nuclei of chemical elements.

Experts explained the three-dimensionality of the Universe by the fact that the nodes of power tubes that connected quarks and antiquarks are stable only in three-dimensional space. The tube system, penetrating the world with a higher number of spatial dimensions, could not exist for any length of time.

Within the framework of standard models of elementary particle physics and cosmology, it is believed that in the early stages of the development of the universe there was a single strong and electroweak interaction, from which a strong interaction emerged at the inflation stage (the exponential expansion gap).

This process (baryogenesis) was accompanied by the combination of quarks and gluons in hadrons, as well as the probable appearance of cosmological topological defects (in particular, cosmological strings, walls and monopoles).