Physicists have successfully created a system of quantum entanglement 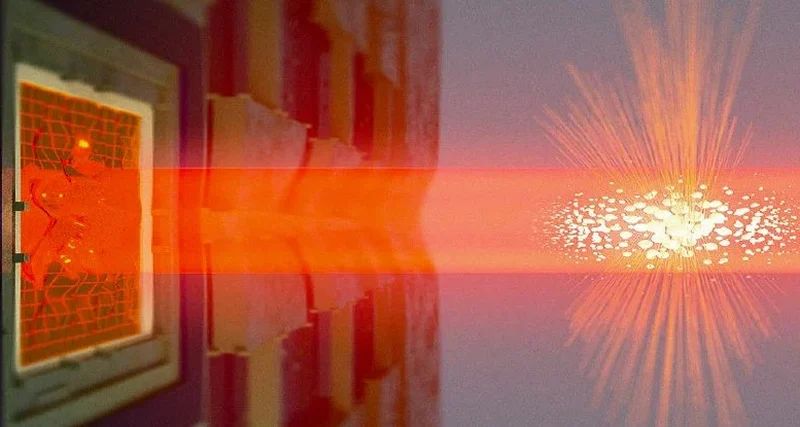 We rush through the Universe with the confidence of a locomotive, not thinking that reality is full of uncertainty. But scientists once again reminded us that even the familiar macroscopic world obeys the laws of quantum physics.

Researchers at the Niels Bohr Institute at Copenhagen University conducted an experiment using a 13-nanometer-thick, millimeter-long silicon nitride membrane (or “drum”). It is so sensitive that it vibrates even when photons strike. The source of these light particles was a thin cloud of a billion cesium atoms orbiting inside a small, cooled container.

Despite the fact that they are two very different objects, the millimeter drum and the fog of atoms are an intricate system – an amazing phenomenon that pushes the boundaries of quantum mechanics.

Entanglement is one of those concepts around which there is a real mystical halo. It describes the relationship between objects that exists independently of time and space. Regardless of how far apart objects are from each other or how many years have passed, a change in one part of an intricate system causes an immediate correction of the rest. Sounds like magic, right?

“The larger the objects, the further they are from each other, the more fragmented they become. This means that the more interesting becomes entanglement from both a fundamental and an applied point of view, ”said senior researcher Evgeny Polzik.

More than once Einstein called this concept “creepy action at a distance”, believing that this phenomenon is largely due to a lack of our knowledge about the Universe, rather than with some unnatural phenomenon.

A century later, our understanding of quantum physics is still far from perfect, but is already forming the basis for exciting new applications, from ultra-secure encryption to new kinds of radar. Knowing how their quantum probabilities fit together is an important step towards understanding how to weed out the meaning of what might otherwise appear to be chaos.