Physicists to create a complete artificial analogue of the brain 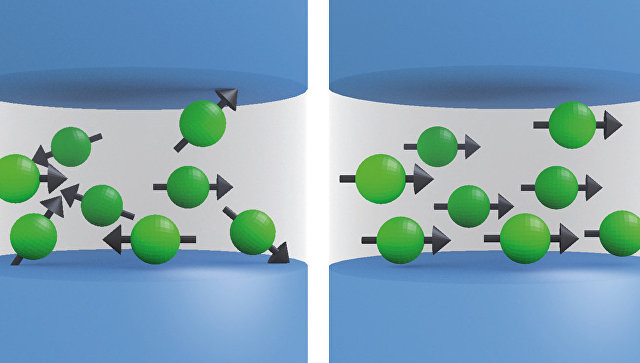 Scientists from the National Institute of Standards and Technology have created the first full-fledged analogue of brain cell synapses using superconductors and sets of magnets, which opens the way for the creation of complex networks of millions and billions of artificial neurons, according to an article published in the journal Science Advances.

“The synapses we create require less energy for our work than their human counterparts, and so far as I know, there is no other project of a similar kind that could work in this mode,” said Michael Schneider, from the National Institute of Standards and Technology USA in Boulder.

Synapses, or nerve endings, are special structures on the surface of nerve cells that allow them to transmit information to neighboring neurons, exchanging special neurotransmitter molecules with them.

In the synapses there are a lot of “bags” with similar substances, which they transmit to neighboring neurons upon receipt of the appropriate “command” from other cells. As scientists have recently found out, real neurons, unlike transistors and man-made analogs of nerve cells, can simultaneously transmit both inhibitory and exciting signals and “switch” between different modes, which gives them incredible flexibility in their work.

Another unusual feature of synapses that distinguishes them from digital computer logic is that each similar ending has a certain threshold of sensitivity, below which the cell ignores incoming signals. In the role of this threshold is the number of “bags” and receptors in the synapse – the more of them, the stronger the cell will react to signals.

This feature of nerve endings, as Schneider notes, is the most difficult for copying and “transferring” to iron – all the existing options for implementing such a threshold of activation make artificial neurons hundreds and tens of thousands of times less efficient than cells of the human brain. For this reason, all existing variants of the “artificial brain” consist of several hundreds or thousands of “cells” or they do not completely copy all the properties of neurons and synapses.

The Schneider team managed to solve this problem and make artificial synapses more economical than their biological counterparts by applying for help to two areas of physics, extremely far from neurophysiology – superconductors and quantum technologies.

The basis of their cybersynapsis the so-called Josephson junction – a ring of superconductor material, torn at one point and divided into two parts by an insulating material insert. Electrons, as the scientists discovered in 1973, can “jump” this insert due to quantum tunneling, and their number is very much dependent on whether there are sources of magnetic fields in the vicinity of such a break.

This property is often used today to create ultra-sensitive sensors of magnetism and quantum computers, and scientists have wondered whether it can be used to create a structure that simulates the work of a synapse. To realize this idea, scientists filled the empty space in the “loop” of each Josephson transition with special nanoparticles of manganese possessing unusual magnetic properties.

Their unusualness lies in the fact that they can change the position of their poles while simultaneously passing a current and a magnetic field through the “synapse.” These changes, in turn, change how a similar superconducting cybersynapse reacts to magnetic field sources during data processing. This allows very quickly and flexibly to change the structure of a neural network and spend a minimum amount of energy for reprogramming it.

As shown by the first experiments of Schneider and his colleagues, such a design spends only 1 attojoule (10 to minus 18 degrees of joule) per transmission of one pulse, which is about 10 thousand times less than the amount of energy that neurons spend, even in view of how a lot of electricity is spent on cooling the superconductor almost to absolute zero.

This, according to the creators of these cybersynaps, allows them to be used to create supercomplex neural networks and neurromorphic chips that are not inferior in complexity to the human brain and contain billions of billions of synapses.