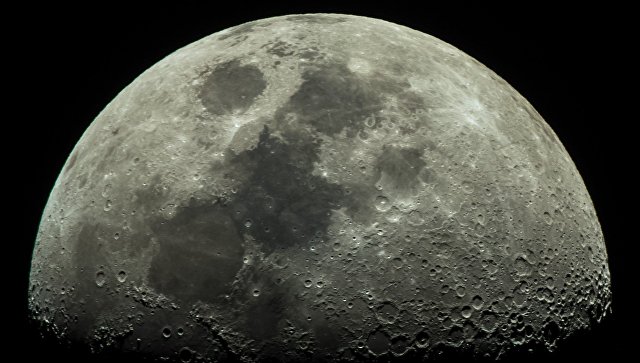 Observations of how laser beams are reflected from a surface of the mirrors on the Moon left by astronauts Apollonov helped physics to check the main postulates of the theory of relativity and not to find their violations.

“We know that the physics won’t end on Standarny model and on the general theory of relativity. Moreover, today we very well understand that it is actually impossible to unite both of these aspects of modern physics. In order that it was possible, we need “to break” Lorentz’s transformations” — Marie-Christine Angonin from Sorbonne (France) explains.

One of the key principles of the general theory of relativity of Einstein says that all laws which describe behavior of the Universe work equally in all reference systems and regardless of the angles of their turn. Moreover, they shall work equally even then when time begins to go not forward, and back.

Part from such “addresses in time” aren’t compatible to quantum physics, Standard model of a microcosm both many other theories and the observed facts. It forces scientists to look for as the similar principles can be broken, experimenting with velocity of light.

Measurements of distance from the Moon to Earth which are carried out by means of the angular reflectors left on the companion of the planet by astronauts of missions of Apollo, or located on the Soviet moon rovers became one of the first examples of similar checks.

Thanks to rather small removal and the ultraprecise atomic clock it is possible to measure distance to the Moon with very high precision, up to centimeter. Besides, astronomers learned to count very precisely nature of movement of the Moon on its orbit around Earth. Comparing these indicators, it is possible to understand whether postulates of the theory of relativity are broken or not.

Similar experiments were already repeatedly made, including, with use of quantum computers, but scientists never managed to fix shifts in in velocity of light. Angonin and her colleagues repeated experiments, using data for the last 44 years, having in total analysed over 20 thousand “firings” of the Moon by the laser.

This this physics compared to the calculations of a lunar orbit received by means of “expanded” Standard model of the physics combining the principles and theories of the world of elementary particles and the principles stated in the general theory of relativity of Einstein. Similar calculations of an orbit, according to scientists, much more precisely, than “regular” techniques of its calculation as they consider all relativistic effects arising in case of movement of light between two rotating bodies.

Comparison of these calculations and data on “firing” of the Moon didn’t show any noticeable deviations that shows that the theory of relativity correctly describes reality. In other words, violations of symmetry of laws of physics or don’t exist, or they are so small that the current experiences don’t show them. Angonin and her colleagues plan to continue these observations to understand, whether so it actually.