Picts can be an ancient script. 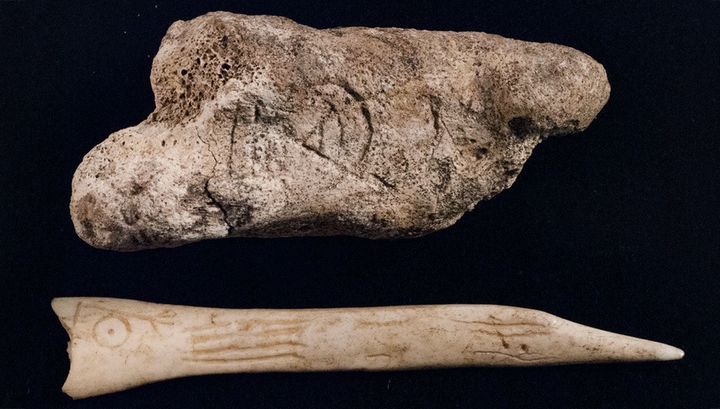 About this people, immortalized in the famous ballad of Robert Louis Stevenson “Heather honey”, researchers know very little. According to one of the versions, the Picts were descended from the Celts (their branch stood out at the beginning of the 1st millennium BC). According to another hypothesis, they were the heirs of the first waves of pro-Indo-European migrants who penetrated the territory of Britain in the early Bronze Age.

One of the main evidence of the presence of the Picts on the territory of Scotland is the symbols carved on hundreds of stone “monuments”, as well as on bone and metal objects. There are about 30 such drawings made between the III and X centuries of our era. They have become a kind of business card picts.

For centuries, experts have tried to decipher strange characters, but it seems that only now they have come close to a clue. In the course of the new work, scientists from the University of Aberdeen and several research centers in Scotland found out that the drawings carved with picts on stones could be a writing system, and much more ancient than one could imagine.

Experts explain that the dating of artifacts of this kind cannot be done using the classical method – radiocarbon analysis, which relies on the rate of decomposition of organic materials. Instead, archaeologists had to make very rough estimates based on circumstantial evidence.

It was believed that the main part of the earliest drawings was applied to stones in the V century AD. However, now historians have put off this date at least 200 years into the depths of centuries. The fact is that during the excavations, archaeologists finally discovered what can be subjected to radiocarbon analysis.

The new expedition continued to explore the ancient fort on the east coast of Scotland. At the beginning of the 19th century, Picton carving was found on its walls. Now, excavations at this site brought long-awaited organic materials to archaeologists — a few wood chips and a piece of charcoal that was found in an ancient hearth. The finds are dated III-IV centuries AD.

In another “pictish site” in the Orkney Islands, bovine bone and a bone pin were found. These items are no more than a hundred years older than previous finds.

The authors of the work are confident that the drawings on the stones found in the immediate vicinity of the places where new artifacts were discovered belong to the same time. To prove this, the researchers refined the data using several methods – Bayesian modeling, as well as analysis of the style of drawings. 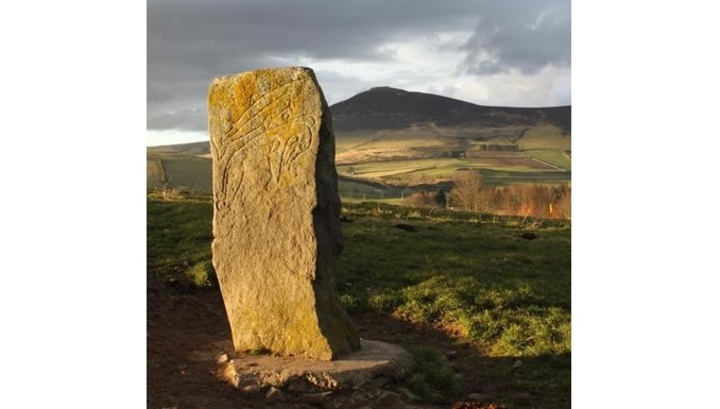 At the same time, experts were convinced that Pictish symbols represent an early writing system.

Actually, such hypotheses were expressed earlier. It was assumed that the Pictish system was developed at about the same time as several others, for example, Ogamic writing in Ireland and the runic system in Scandinavia. This was a kind of answer to the innovations of the peoples with whom they contacted.

However, in the light of new data, it turns out that the ancient inhabitants of Scotland could even get ahead of their “competitors”.

Archaeologist Gordon Noble, who led the excavations, noted that some of the “laws of the genre” picts could learn from the Romans, from whose raids they constantly fought back.

Instead of using the same Latin, the proud Scottish people in the III-IV century could develop their own style of writing, says the scientist. But the picts, apparently, borrowed from the Romans a system of designations: stones with carved drawings were placed mainly in iconic places, and some characters were supposed to denote the names of rulers.

“The general assumption was that the Picts were“ late ”in terms of monumental communication, but this new chronology shows that they were in fact innovators even more than their contemporaries – in the sense that they did not adapt the alphabet script, but developed their own system of symbols “, – says co-author of the work of Martin Golderg (Martin Golderg) from the National Museum of Scotland.

Speaking about the importance of new data, the authors of the study emphasize that with the advent of more accurate dating and new artifacts, historians will be able to better understand the traditions and cultures of ancient peoples and the context of their development.

However, for the time being, the meaning of the Pictish symbols remains unclear. The fact is that their origin is difficult to unravel, relying on other ancient forms of alphabetic scripts.

“It is unlikely that the Pictish script will be deciphered if the text written both in their language and in the known language is not found. I think something like this can be found. [In this] you need to rely on further excavations,” Live Science interview with Gordon Noble.

More details about this study are described in an article published in the journal Antiquity.