Pilotless electric vehicles will send under the earth 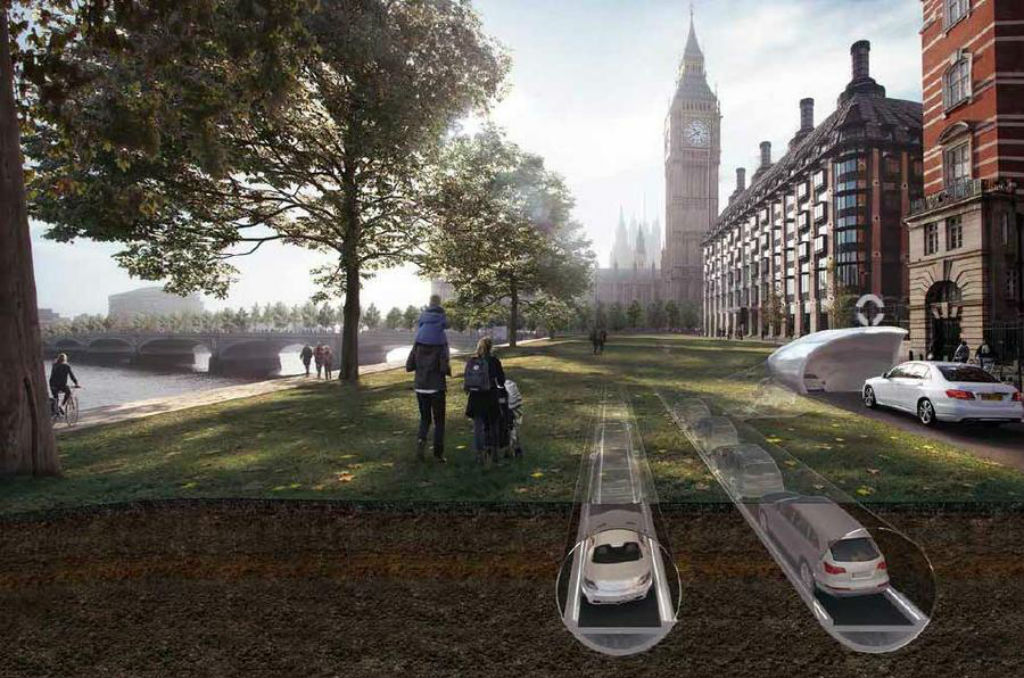 Car makers assure us that the future behind electric vehicles with the autopilot, but how to make transition to “UAVs” the most painless, yet is known by nobody. The London company PLP Architecture suggested quite original mode — to send self-driving cars under the earth, to specially constructed transport tunnels. The system under the name Cartube will allow electric vehicles to move and transport more people quickly.

For example, the capacity of the high-speed railroad Crossrail which is under construction in London will make 18 thousand people an hour, and the system of tunnels Cartube, by estimates of British, will allow to transport twice more — to 40 thousand people. The underground network will connect several districts of London and suburbs, and it will be possible to get to it through special arrivals. “UAVs” will be able to move in transport system with an average speed of 65 km/h and to bring passengers to any set place.

Like the subway, the central control system of the movement will steer a traffic. Possibly, communication with autopilots will be organized by means of v2i (vehicle-to-infrastructure) technology. The system will be capable to transmit to on-board computers of pilotless electric vehicles information on a route, plugs, signals of traffic lights and speed limitations through network of transmitters on the way.

Now PLP Architecture looks for the investor among such technological giants as Google or Apple to develop the software for steering of system. By forces of investors, according to British, it is possible to organize work of Cartube within about five years. If, of course, by that moment pilotless electric vehicles are widely presented at the market.