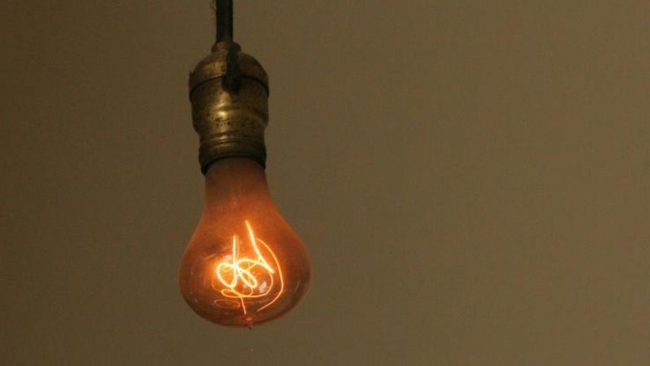 Many believe that some devices, cars and other equipment have a very short lifespan. Supposedly the producers thus forcing you to change them. Is it true?

What they do they are not as they should be? At the fire station in Livermore, California, is still weakly shining light. Her 115 years. For the sake of it even individual web camera was placed. Our generation is the longevity of this light bulb Centennial Bulb (“centennial bulb”, “centennial light”) may seem like a slap in the face. If the bulb of the 19th century still shines, why our ultra-modern lamp 20th and even the 21st century do not live more than a few years?

“Centennial light” is often cited as evidence of the evil business strategy known as planned obsolescence. Light bulbs and other examples of technologies could easily survive a decade, many believe, but much more profitable to create artificial life, to allow companies to profit again and again. “Planned obsolescence is a sort of conspiracy theory,” says Mohanbir Sahney, Professor of marketing at northwestern University.

True if this conspiracy theory? Is there a planned obsolescence, really?

Answer: Yes, but with reservations. Caricature on which the greedy company’s unconscionable fleecing of their customers, sewn with gold thread. To a certain extent, planned obsolescence is an inevitable consequence of the operation of a stable business, providing people with goods that they need. In this sense, planned obsolescence is a reflection of a hungry consumer culture, which the industry has created for their benefit, but not alone.

“Companies respond to consumer tastes,” says Judith Chevalier, Professor of Finance and Economics at Yale University. “I think that sometimes the business in some way deceive the consumer, but I think that there are situations in which fault can be assigned to the consumer”.

Thomas Edison invented the commercial light bulb hardy around 1880. These first incandescent lamps — including “Centennial light” has relied on carbon, not tungsten filament, which came into wide use after 30 years. (Scientists believe that the reason for the longevity of the “Centennial light” is that his carbon filament is eight times thicker and therefore more durable than the thin metal wiring in modern light bulbs.

Initially, the company has established and maintained the entire electrical system, to the homes of the wealthy first customers of this technology was the light. Watching what consumers are willing to pay for replacement items, manufacturers of light bulbs trying to make them more long-lived.

But this business model changed when the user base bulbs grew and became a mass market. Companies have realized that you can extract large sums of money, making replacement of the bulb and thereby causing consumers to pay multiple times. In the 1920-ies was born the infamous “Phoebus cartel” (“Phoebus Cartel”), which includes the leading manufacturers of lamps worldwide, including German Osram, American by Associated Electrical Industries and General Electric and others, the joint solution of which the life of light bulbs is limited to 1000 hours. The details of this Scam was evident decades later during the governmental and journalistic investigations.

“This cartel is the most obvious example of planned obsolescence, which is reflected in the documents,” says Giles Slade, author of the book, devoted to technology obsolescence.

In many other industries, this practice has also surfaced. For example, the competition between General Motors and Ford in the automotive market in the 1920-ies led to the first company introduced the usual annual updating of the models. GM invented the way to get consumers to spend money on the latest, coolest car to make a pleasure himself and gratify his vanity in social circles. “It was a model for the entire industry,” says Slade.

Although the term “planned obsolescence” came into regular use only in the 1950-ies by the time this strategy has already permeated consumer society.

In one form or another, from the explicit to the implicit, and planned obsolescence “encouraged” us in our days. From durability trick when replacing fragile parts is more expensive than a complete replacement of the product, to the aesthetic improvements that make the old version less stylish — good manufacturers always have a trick up your sleeve that allows them to regularly visit the wallets of customers.

To understand, consider smartphones. These devices are often disposed of after usage for several years. Screens or buttons to break, batteries die, operating systems and applications are no longer supported and updated. The solution is always at hand: a brand-new phone models, which are released annually and are declared as “the best”.

In another example of blatant planned obsolescence Slade leads printer cartridges. Chips, light sensors or battery can turn off cartridge, stop it “see” long before the ink actually consumed, thereby forcing users to buy a brand new and very expensive cartridges. “There’s no logical explanation,” says Slade. I don’t know, why not just buy a bottle of black paint (ink) and fill the tank.”

If you look from this side, planned obsolescence seems wasteful. According to Cartridge World, a company that recycles printer cartridges and offers a cheap replacement in North America alone, 350 million annually ejected cartridges, many of which are not completely empty. Not counting the waste, all of this excessive production is detrimental to the environment.

Although some examples of planned obsolescence are outrageous, it’s too easy to condemn this practice as wrong. On a macroeconomic scale, the rapid turnover creates jobs, and generally increases — just imagine how much money the people have gotten through the sale and production, for example, millions of covers and cases for smartphones. In addition, the constant introduction of new fishechek that will captivate old and new users, improve the quality of products and innovation.

As a result, a vicious but a virtuous cycle, the industry has made countless number of products cheap and available to almost anyone in the developed and even developing country in the world. Many of us enjoy the benefits of civilization, which a hundred years ago was unimaginable.

“There is no doubt that as a result of our consumer model, the quality of life has improved,” says Slade. Unfortunately, she is responsible for global warming and toxic waste.

Often, planned obsolescence cannot be called unfounded, unfair and exploitative because it benefits both the consumer and the manufacturer. Chevalier indicates that companies are the longevity of their products according to the needs and expectations of the customer. For example, children’s clothing. “Who buys super-tough clothes for their children?”. At different ages, children can grow out of their clothes in a matter of months. So, wouldn’t be so bad to do the clothes not so durable, stain resistant, stylish, or God knows what, designed for years of use.

The same argument applies to consumer electronics. Relentless innovation and competition for market share means that the underlying technology of smartphones will be continuously improved along with the development of faster processors, better cameras and so on.

“If the true obsolescence ever existed, then it is inherent by the technology,” says Howard Tullman, entrepreneur and head of digital startup incubator 1871. — Technology is somehow obsolete, whether you like it or not.”

Many owners for this reason I do not like to overpay for a smartphone, the battery which in any case will not live more than three years. Because technology is developing fast, people are not willing to pay for the extra lifetime of the device or a more robust battery.

A different picture is observed in the market of luxury goods, luxury. Users are willing to pay more for products that are made manually, more durable and have resale value — what’s more, many of them expect that their investment will gain value over time. “If you buy a Rolex, you know they will be with you very long,” says Slade.

Largely, world-class brands to the right people to cherish their feelings and demonstrate their high social status. Cause luxury is deeply social. Luxury items socially coded.

The years go by, and features the Deluxe version of things can go on the mass market, because production becomes cheaper, and consumers yearn for improvement. And it’s not so bad: the once expensive safety elements like airbags in cars are now ubiquitous. All again working in the interests of consumers.

The future of aging

Similarly, although there are examples of evidence to the contrary, some academics business I think that would be too much to think that companies only think about how to accurately program the device to self-destruction.

“In a competitive market, life expectancy of the product is among the things for which I company,” says Chevalier. — In the case of many products, consumers will be enough to think sensibly, not to choose products that will soon be obsolete”.

Moreover, there are forces that would encourage manufacturers to extend the life of their products. In the automotive market many think about how fast a car depreciates relative to the others. Specifically, in this area cars remain on the roads for much longer than it was before.

“For many years the automotive industry has been a law-abiding fashion industry, when elements of the car out of fashion five years later,” says Tallman. But this has changed: in the US, for example, the average age of passenger vehicles on the road was 11.4 years in our time; in 1969 it was 5.1 years.

Thanks to word of mouth of the Internet is now easier than ever to figure out how long you will live your future purchase — and this applies to how light bulbs and cars.

By growing our horror from the realization of how much waste our culture produces, consumer products can be essentially purchased in a lifetime. Google, for example, is developing a smartphone Project Ara, which will be the removable parts — so you don’t have to throw away a smartphone.