Plants appeared on Earth 500 million ago 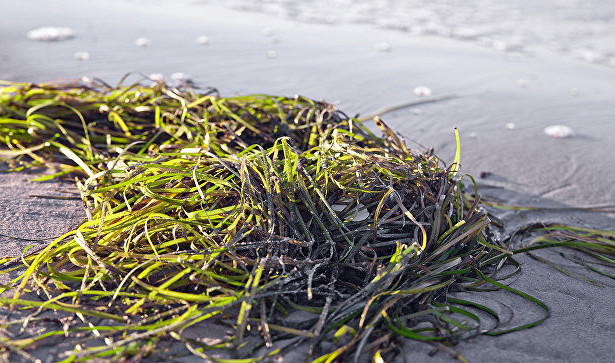 Paleontologists from the UK have found evidence that the first terrestrial plants on Earth appeared about 500 million years ago, that is, one hundred million years earlier than the previous calculations.

“The appearance of plants on the Earth’s surface radically altered its climate and appearance, greatly accelerating the erosion of soil and rocks and sharply reducing the amount of greenhouse gases in the atmosphere, which led to a cooling climate and other changes.” We showed that this occurred in the middle of the Cambrian period, in the same time when the first land animals appeared, “says Jennifer Morris from the University of Bristol (UK).

As scientists believe today, the first trees appeared in the middle of the Devonian period, about 400 million years ago. Their appearance dramatically changed the face of the whole planet, making it “green”, filling its atmosphere with a huge amount of oxygen, and also spawning many new species of animals, including land insects, and fungi that feed exclusively on plant biomass.

The way these first trees looked is still a mystery to paleontologists – only a small number of “petrified forests” are known, a special type of deposits of this time, in which the full trunks and root systems of these trees have been preserved, which turned out to be ground due to eruptions of ash or lava. Their study shows that these were very bizarre objects, in which the role of leaves was played by a special photosynthetic bark, and outwardly they resembled dwarf trees of the modern tundra.

Relatively recently, scientists began to doubt this idea. For example, two years ago, geologists found evidence that the first mushrooms appeared on land already 440-460 million years ago, and they could hardly exist on land on their own, without the help of plants or other sources of organic matter, which they were supposed to to eat.

Morris and her colleagues showed that the first primitive plants appeared almost 100 million years earlier than indicated by fossils, combining these excavations and the genetic tree of the evolution of the most primitive plants that exist today on Earth.

Such an approach, scientists explain, allows eliminating the main problem that previously prevented both geneticists and paleontologists from calculating the exact time of plant appearances-the lack of any data on which representatives of the flora-vascular plants, hepatic or real mosses-appeared first on Earth.

Neither genetics nor analysis of fossils can answer this question alone – this is hindered by a small number of known imprints of ancient plants, and DNA comparison speaks in favor of all three variants of flora origin, depending on which sets of primitive plants genetics were compared.

When Morris and her colleagues combined these data, they managed to get an unexpected answer to this question – the first to reach the earth were mosses and their closest relatives, which occurred approximately 514-506 million years ago. The first vascular plants, including all modern and ancient trees, appeared on Earth about 440 million years ago, which is about 40 million years earlier than previously thought.
Such assessments, as the researchers explain, radically change the whole picture of the evolution of life on Earth. First, they say that animals and plants left the primary ocean of the Earth almost simultaneously, and not alternately, as paleontologists thought before. Secondly, this discovery indicates that large-scale climate change and its cooling occurred not in the Carboniferous period, in the era of maximum prosperity of the flora, but much earlier.

All this, according to Morris and her colleagues, should be taken into account when studying how land flora and fauna influenced each other’s evolution and how their interactions could lead to mass extinction and other catastrophic events.