Plants can see, hear and feel

According to Jack Schultz, plant — “it’s just very slow animals.” And the cause is not a lack of understanding of basic biology. Schultz is a Professor in the Department of plant Sciences at the University of Missouri in Columbia. He spent forty years researching interactions between plants and insects. He knows his business. Instead, he drew attention to the General idea of our brothers deciduous, which, in his opinion, we believe almost furniture. Plants fight for territory, search for food, elude predators and catch prey in the trap. They are alive, as any animal, and animals — they show a specific behavior.

“To verify this, you just need to remove growing plant fast shooting — then it will behave like an animal,” enthuses Olivier Hamant studying plants at the University of Lyon in France. Indeed, a time-lapse shows the amazing world behavior of the plant in all its glory.

Plants do not move aimlessly, and then they need to be aware of what is happening around them. “In order to respond correctly, plants also need a complicated sensing device configured to changing conditions,” says Schultz. 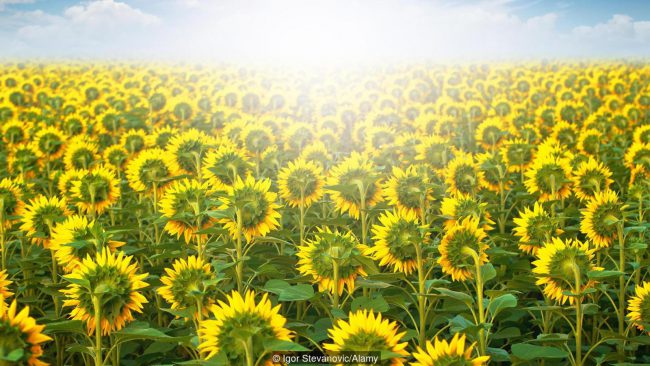 What do the plants? Daniel Chamovitz from tel Aviv University in Israel, believes that their feelings are not so different from our own. When Chamovitz decided to write the book “What a plant knows” in 2012 — in which he investigated the experiences of plants, as reflected in the most strict and modern scientific studies, he felt some degree of awe.

“I was worried, what would be the response,” he says.

And his anxiety was not unreasonable. Describe how plants see, smell, feel and, really, you know, echo was echoed by the book “the secret life of plants”, which was released in 1973 for the generation of the era of color, but contained very few facts. In particular, this book completely discredited the idea that plants respond positively to the sounds of classical music.

But the study of the perception of plants since the 1970-ies has come a long way and in recent years in the study of plant senses there is a certain surge. The aim of this work to demonstrate that “plants have feelings too”, but to ask questions “why” and “how” the plants feel their environment.

Schultz’s colleagues at the mo Heidi Appel and Rex Cockroft, looking for the truth on the subject of the hearing plants. 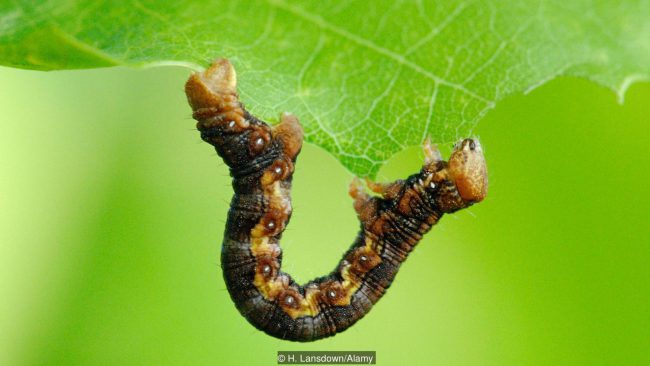 “The main contribution of our work is to find the reason why the sound has on plants effect,” says Appel. Beethoven’s unlikely to attract the attention of the plants, but the approach of the hungry caterpillar is another story.

In their experiments, Appel and Cockroft found that recording the sounds of chewing, produced by caterpillars, has led to the fact that the plants are flooding their leaves with chemical protection designed for otvarivanija forwards. “We have shown that plants respond to an ecologically relevant sound ecologically relevant response,” says Cockroft.

Ecological relevance, or satisfaction, is very important. Consuelo de Mores of the Swiss Federal Institute of technology in Zurich, together with colleagues showed that, in addition to the ability to hear the approaching insects, some plants can hear them or even smell the odors of the volatile signals emitted by neighbouring plants in response to the approach of insects.

Even more sinister it looks like in 2006, it was demonstrated that parasitic plant — dodder vine — sniffing potential host. Then dodder meanders in the air, twist around the hapless host and sucks it of nutrients.

It would seem, than these actions are different from ours? Plants hear or smell something, and then act accordingly, as we are.

We have noses and ears. What about plants? 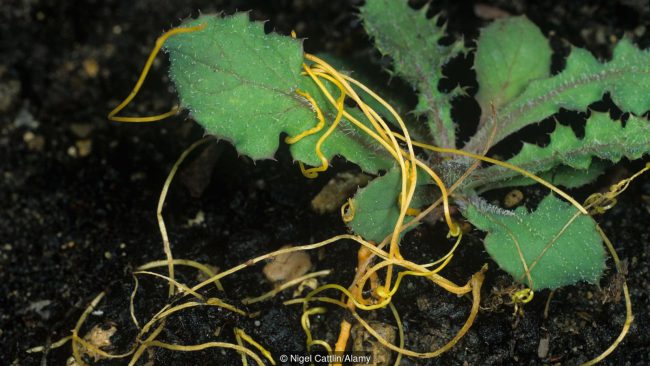 The apparent lack of centers touch harder to understand the feelings of plants. This concerns not only the photoreceptors that plants use to “see” quite well researched — however, the region as a whole, of course, requires further study.

For his part, Appel and Cockroft hope to find a part or parts of the plant that respond to sound. Likely candidates are mechanoreceptor proteins that are found in all plant cells. They convert microstrain, which are sound waves into electrical or chemical signals.

Scientists are trying to figure out if plants with a defective mechanoreceptors still react to the noise from the insects. It seems that in plants there is no need to have something bulky like ear.

Another ability that we share with plants, this is proprioception: a “sixth sense” that allows (some of us) to touch-type, juggle and know where in space are the different parts of our body.

Since this feeling is not associated with a specific organ in the animals, but rather relies on a feedback loop between the mechanoreceptors in the muscles and brain, compared with plants will be very accurate. Although the level of molecules, the details differ somewhat, the plants also have mechanoreceptors, which detect changes in their environment and respond to them accordingly.
“The General idea is the same,” says Hemant, which in 2016 was co-author of a review of studies of proprioception. “So far, we know that in plants it has more to do with microtubules (structural components of cells) that respond to stretching and mechanical deformations”. 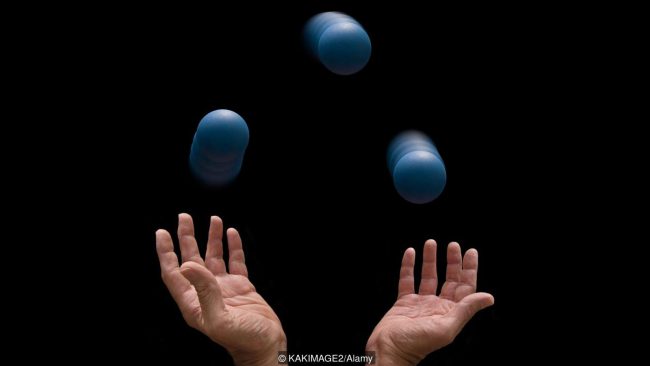 In fact, a study published in 2015, have revealed similarities that can go deeper and affect actin — a key component in muscle — how involved in vegetable proprioception. “About that support less,” says Hemant, “but there was evidence that actin filaments take part in the muscle”.

These results are not the only one of its kind. As the study of plant feelings, scientists began to find regular patterns, hinting at deep Parallels with animals.

In 2014 a group of scientists at the University of Lausanne in Switzerland showed that when the caterpillar attacks the plant Arabidopsis, it triggers a wave of electrical activity. The existence of electrical signalling in plants is not a new idea — physiologist John Burdon-Sanderson suggested it as a mechanism of action of venerini flycatchers in 1874, but what’s really interesting is the role played by molecules — glutamate receptors.

Glutamate is the most important neurotransmitter in our Central nervous system, and it plays exactly the same role in plants with one significant difference: plants have no Central nervous system.
“Molecular biology and genomics tell us that plants and animals are composed of a surprisingly limited set of molecular “building blocks”, which are very similar,” says Fatima Sverchkova, researcher at Charles University in Prague, Czech Republic. Electric communication has developed in two different ways, each time using a set of building blocks, which reportedly launched the split between animals and plants 1.5 billion years ago.

“Evolution has led to a number of possible mechanisms for communication, and although you can get them in different ways, the result would be,” says Chamovitz. 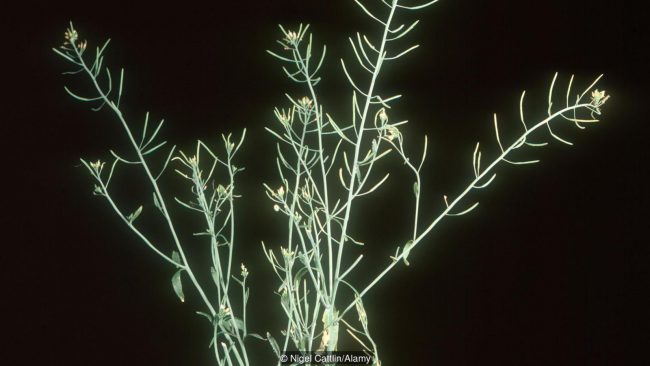 The realization that such similarities exist and that the plants have much more ability to experience the world than you might think by their appearance, has led to the emergence of a number of remarkable statements about “plant intelligence” and even started a new discipline. Electrical signaling in plants was one of the key factors in the birth of “plant neurobiology” (a term used even in the absence of neurons in the plants), and today there are researchers of plants that are engaged in the study of such non-plant areas as memory, learning and problem solving.

This kind of thinking even led to the fact that the lawmakers of Switzerland, wrote the guide for the protection of the “dignity of plants” — whatever that means.

Although many believe the terms such as “plant intelligence” and “plant neurobiology”, largely metaphorical, they are met with criticism. “Do I think plants are sentient? I think the plant complex,” says Chamovitz. But the complexity should not be confused with intelligence.

Thus, although very useful to describe plants anthropomorphic terms, there are limits. The danger is that we may find plants of the lower versions of animals, but it is not true.
“We are studying plants, happy to talk about the similarities and differences between plant and animal life, when we present the results of research to a wide audience,” says Sverchkov. But she believes that dependence on animal metaphors in describing plants leads to problems. “I want to avoid such metaphors, to avoid the usual sterile discussions about hurt the carrot, if its bite”. 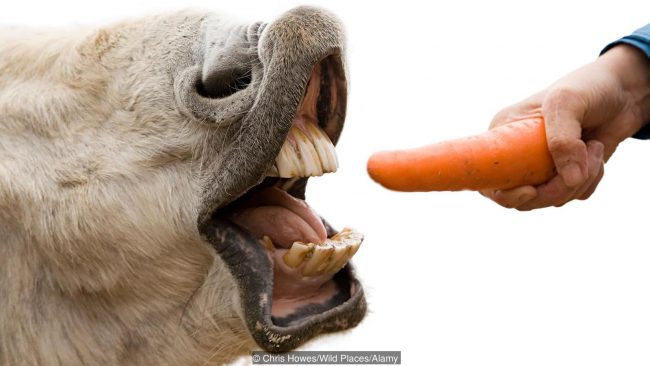 Plants highly adapted to doing what they do. They may not be nervous system, brain, and other complex functions, but they are superior to us in other areas. For example, though they have no eyes, plants such as Arabidopsis have at least 11 types of photoreceptors, while we — only 4. This means that their vision is more complicated than ours. Plants have other priorities, and their sensory systems reflect this. As noted, Chamovitz in his book, “light for plants is not only a signal light is food.”

Therefore, although plants and face the same challenges as animals, their sensory abilities are formed from their basic differences. “The rootedness of plants — the fact that they do not move, means that they need to be much more aware of their environment than you or me,” says Chamovitz. 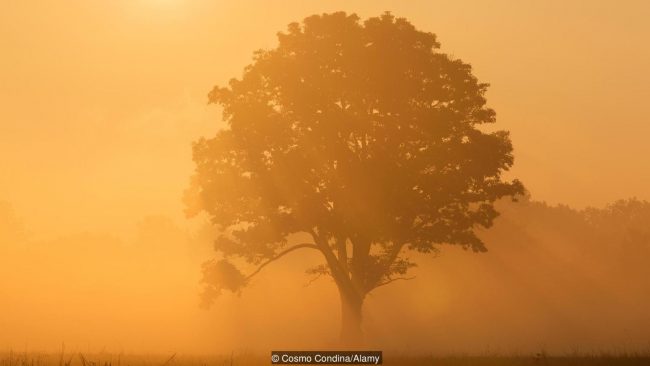 To fully appreciate how plants perceive the world, it is important to change the paradigm of our relationship to plants. The danger is that if people are going to compare plants with animals, they miss the value of the first. Plants need to recognize interesting, exotic and amazing living beings, not pieces of furniture. And to a lesser extent, the source of human power and biofuels. This attitude would benefit everyone. Genetics, electrophysiology and discovery of transposons — are just a few examples of areas that began with studies of plants and they all turned out to be a turning point for biology to some extent.

On the other hand, the realization that we may have something in common with plants may be an opportunity to recognize that we are more plants than thought, as well as plants to a greater extent animals than we thought.

“Perhaps we are more mechanistic than it used to be considered” concludes, Chamovitz. In his opinion, these similarities should hint at the amazing complexity of the plants, as well as common factors that connect all life on Earth. And then we will begin to appreciate the unity of biology.