Plants have learned to imitate the “taste of sand” for protection 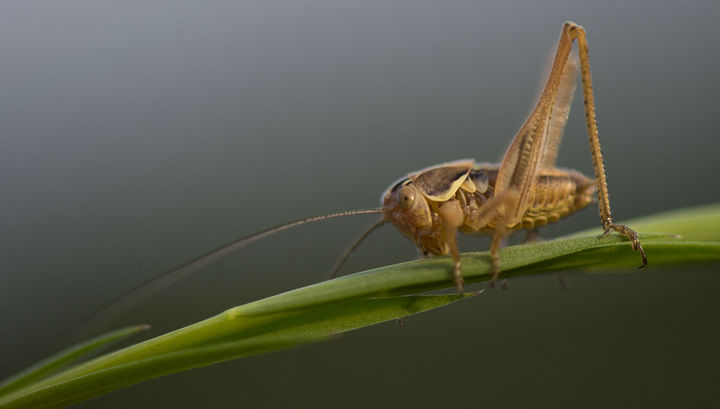 Many have made sure in practice: sand in the mouth (for example, at a meal on the beach) is not the most pleasant feeling. And, it seems, the plants know this very well. A new study of scientists showed: some plants “brought up” a sandy taste in their own way, to scare away the herbivores.

Some herbs contain a high level of silicon (the figure sometimes exceeds ten percent of their dry weight), which they suck out of the soil. And, as scientists have found out, they use some of their “reserves” in order to obtain particles of siliceous sand. Then the “cunning” plants “place” them along the blade of grass, so that they become stiff and unpleasant to the taste. In addition, herbivorous animals such plants are more difficult to digest.

In the course of the experiment, researchers sprayed one half of P. aquatica samples with a solution of silicon, the other with ordinary water. The plants that received the silicon solution absorbed it, and as a result, on average, they contained 1.16% of this element, and in the untreated lot, 0.86% of silicon was present.

Specialists gave crickets to chew the plants first from the first group, then from the second. Observations showed that insects ate plants with a high content of silicon much less than untreated. It is noteworthy that, feeding on processed plants, crickets even slightly lost weight, because they simply refused to eat them.

Moreover, the crickets themselves became less attractive to their main enemy, the mantis. These predators were given six crickets for 24 hours (their usual “lunch”). On average, they only eat five of them. Then, in the container where they lived, they put six crickets, which previously fed on the treated plants, and the mantis on average ate only three of them.

Specialists note that crickets “grown” on processed herbs, apparently, were less appetizing for mantises. They were not as big as their relatives, and there was more silicon in them, explains Royalls.

“All this suggests that the absorption of silicon by plants can affect the entire food chain,” he adds.

It is noteworthy that the study of Australian scientists was one of the first to prove that plants alternately use silicon and carbon. Experiments showed that during the period when the P. aquatica grass was exposed to a higher degree of carbon dioxide, it accumulated less silicon.

“Silicon and carbon can be used to build the structure of the plant,” explains Royalls. By the way, one of the theories is that herbs millions of years ago (back in the Miocene times) developed mechanisms of protection with the help of silicon. At that time, carbon dioxide levels were low, and so plants began to use silicon as an alternative.

Perhaps the increase in carbon dioxide levels as a result of human activity will gradually reduce the silicon content in plants. And it will be harder for them to defend themselves against herbivores, Royalls argues. He and his research team intend to test this hypothesis.

In addition, the reduction of silicon in plants can also affect their ability to “defend” against pathogens. “Silicon strengthens plant cells, providing them with protection against infections, which can be caused by fungi, bacteria and viruses,” says Elizabeth Dann of Queensland University, Australia.

According to another expert David Guest from the University of Sydney, the study is a good example of a complex system of relationships between plants and animals, as well as how this environment affects this relationship.

The study is published in the scientific publication Biology Letters.