Plants will not save the Earth from excess CO2 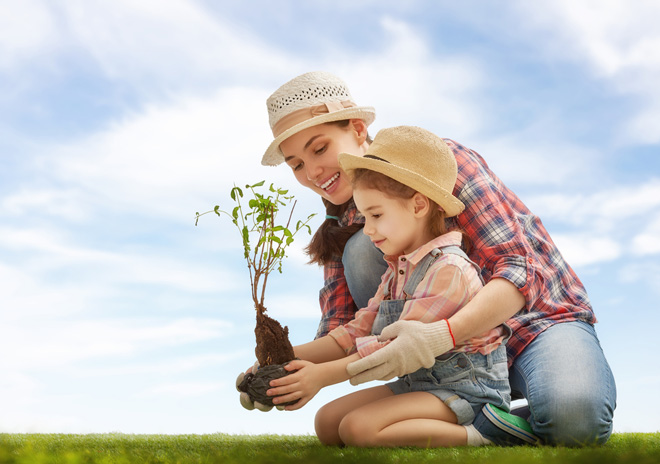 Growing plants and storing carbon dioxide, which they took from the atmosphere, will not save the planet from global warming if greenhouse gas emissions remain at current levels.

To absorb all the excess CO2 from the atmosphere, the plantations must be so huge that they almost completely replace the ecosystems of the planet or take the place of agricultural fields and create a threat to food security. However, growing biomass in selected locations with irrigation and fertilizer, together with a simultaneous reduction in atmospheric emissions, can play a crucial role in the fulfillment of the objective of the Paris Climate Agreement – limiting the temperature rise by 2 degrees Celsius. Scientists believe from the Potsdam University of Climate Change Studies

Researchers identify three scenarios for the development of the situation with carbon dioxide. The first option is to keep the emissions at the current level. The second is to try and keep Parisian promises and limit the temperature rise by 2 degrees Celsius, reducing emissions to the atmosphere. The third is to actively and scale reduce the amount of greenhouse gases that enter the Earth’s atmosphere.

If plants such as poplars or millet are used and 50% of carbon dioxide is stored in their biomass, with unrestricted use of fossil fuels, the size of the plantations will be so huge that it will cause a devastating environmental impact. Such planting will replace natural ecosystems around the world almost entirely.

If CO2 emissions decrease moderately, according to the Paris climate agreement, plantations of biomass planted by the middle of the century to “pull out” excess CO2 from the air, yet will be incredibly large-scale. They will replace more than a third of the world’s forests or more than a quarter of agricultural land, which will jeopardize world food security.

Only intensive reduction of emissions and promotion of technological land use practices from 2005 to 2100 will help to avoid a difficult choice between combating climate change and preserving agrarian lands and ecosystems. But even with this scenario, only a huge volume of water and fertilizers, the global application of high-tech equipment that will capture more than 75% of the carbon dioxide released, will be able to limit the warming by 2 degrees Celsius by 2100.

Will plants allow the climate to stabilize as a matter of urgency? No. There is simply no alternative to reducing greenhouse gas emissions. But if you reduce the emissions, plants can play a limited but important role in restraining the growth of global temperature.