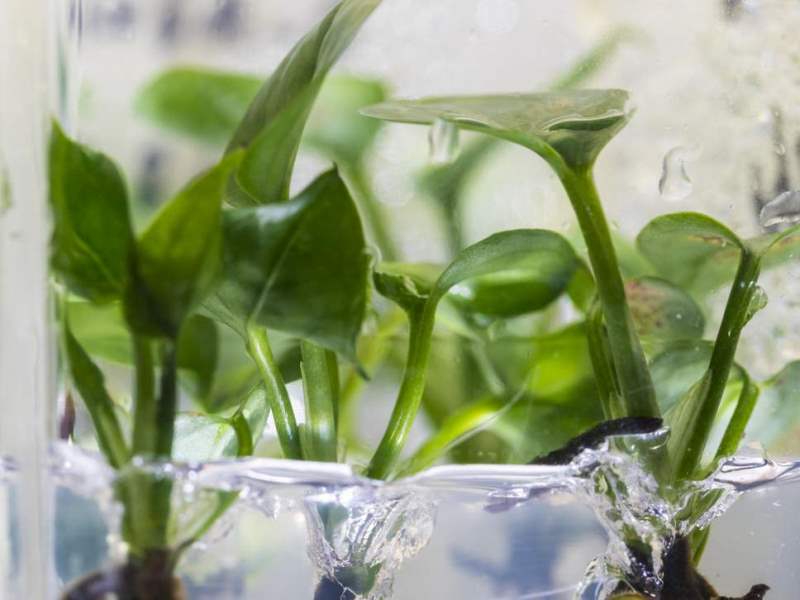 Houses often accumulate substances known as volatile organic compounds produced as a result of everyday human life (for example, smoking) and released from the surface of plastic objects. Air filters are not able to capture most of the carcinogens due to too small compound sizes. But some, like benzene and chloroform, can cause cancer. This is one of the reasons that makes scientists look for different methods of air purification, reports The Independent.

Specialists at the University of Washington have proposed an original solution to the problem – you need to create an artificial gene from the animal’s DNA that decomposes toxins, and then inoculate it into a plant, each cell of which will eventually produce a genetically modified protein. Protein converts toxic compounds captured by the plant from the air into its own growth molecules. Thus, the plant and grows, and at the same time still cleans the air of the room. The original technology was called the “green cookie”.

Why is that? Because cytochrome P450 2E1 protein, which was ideally found for experiments, is present in all mammals, including humans. In humans, protein is produced in the liver and is activated by the use of alcohol-containing products. To prevent the toxic effects of particles trapped in the human body from the air, it is unable. But if you graft such a room green gene, the protein that it synthesizes will be able to convert toxic compounds into molecules that plants use to maintain their growth.

The idea seemed curious to scientists, and they conducted a series of experiments. A synthetic version of the gene was created, which is responsible for the production of the 2E1 protein in the rabbit. Then the gene was inoculated with the popular climbing plant, golden erythremum, which allowed it to become a living filter that cleans the air from volatile organic compounds, primarily benzene and chloroform. During the tests (with a much higher concentration of carcinogens than in normal room conditions) it was confirmed that GM plants effectively purify the air from hazardous compounds in just a few days.

Today, researchers are searching for a protein that can break down other dangerous pollutants that are often found in modern homes. They comment that these toxins are stable compounds, so it is difficult to get rid of them. Instead of creating energy-intensive and expensive filters, it is easier and more efficient to turn plants into biological conditioners.

We also wrote that other US scientists are creating indoor plants as living sensors that will warn people about the appearance of mold or dangerous substances in their home.