Plastic kills all life in the World Ocean 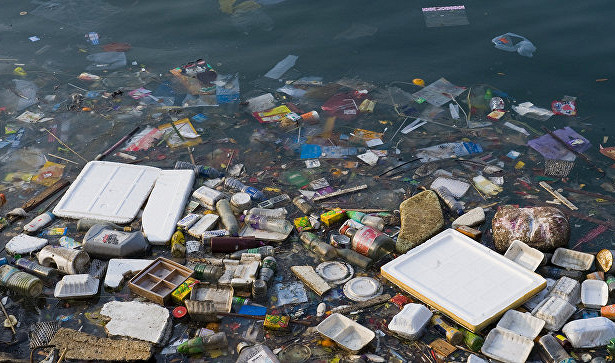 The International Group of Toxicologists and scientists of the Far Eastern Federal University (FEFU) have established that carbon and silicon nanoparticles, which are part of plastic products and composites, can damage cells of microscopic algae, which are the backbone of the food chain in the ocean, FEFU reports on Tuesday.

One of the authors of the article, the vice-rector for scientific work of the FEFU Kirill Golohvast noted that up to 80% of all plastics and composite materials in the world end their way in the World Ocean, and the toxicological study of marine microalgae is of great importance, since they are widespread and form the basis of the food chain in the ocean.

“For the experiments, scientists used unicellular sea microalgae Heterosigma akashiwo, extracted in the Peter the Great Bay of the Sea of ​​Japan.The cell of this alga has a thin wall, which means that it is more susceptible to chemical pollution than others. As a result, the researchers concluded that the toxic effect of impurities of carbon and silicon nanoparticles in water occurs at their concentration of 100 mg / liter Acute toxic effect for algal cells was detected on the third day of the experiment, and chronic cell poisoning is present drunk on the seventh, “- said in a statement.

Scientists believe that algae cells died because of mechanical damage by nanoparticles. In comparison with nanotubes, carbon nanofibres showed not very high toxicity, but they provoked stable deformation of cells.