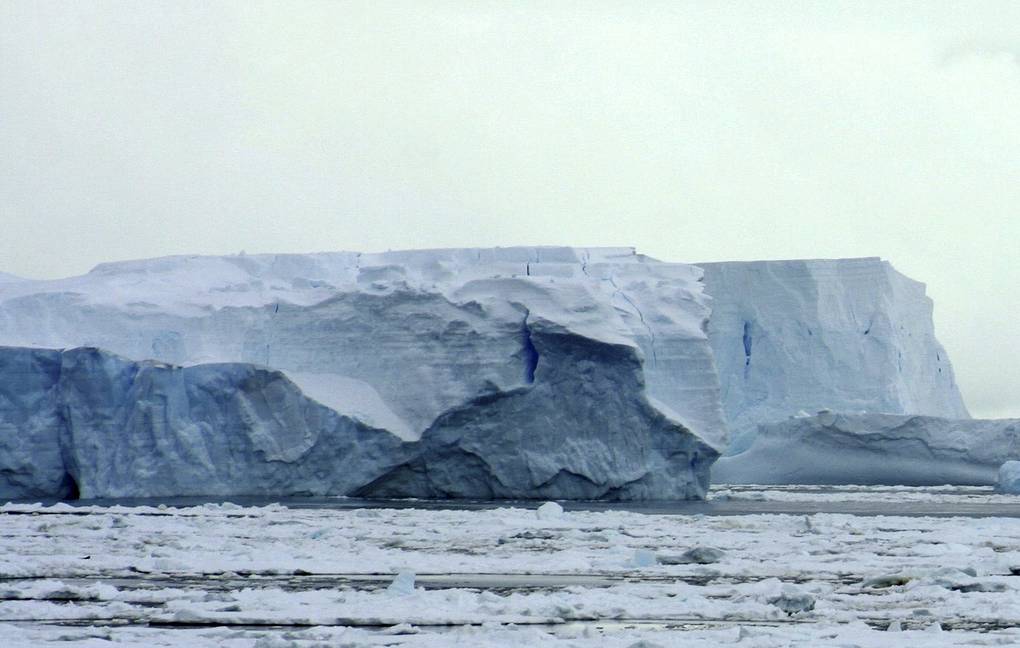 Australian researchers first discovered plastic microparticles in sea ice from the east coast of Antarctica. The larger particle size compared to finds in Arctic ice suggests that the source of pollution is local. Description of the study was published by the scientific journal Marine Pollution Bulletin, a press service of the University of Tasmania briefly writes about this.

“If there are plastic particles in Antarctica – one of the most remote corners of the Earth, where there are no permanent human settlements, this means that such garbage is spread everywhere, even in those places that most of us will never visit,” commented Anna Kelly, the head Research, a student at the Institute of Marine and Antarctic Research, which is part of the University of Tasmania.

Kern, which was studied by researchers, drilled from frozen ice on the east coast of Antarctica back in 2009. Having melted it, scientists discovered 96 microplastic particles, which belonged to 14 different types of polymers – polyethylene, polyester, nylon and others.

“The average plastic content was about 12 particles per liter. The particles themselves were larger than those previously found in Arctic ice,” Kelly said. “This indicates that the source of pollution is local because it has less time to decompose. into smaller particles. ” Such a source may be clothing and equipment of tourists and researchers, as well as tackle of fishermen, the researcher explained.

Ice does not allow such particles to sink to the bottom, so there is a better chance that they will be eaten by krill, a key species of organisms in the Southern Ocean. Microplastic can then reach predators that feed on krill and travel further up the food chain.

Scientists plan to continue their research. They want to find out if pollution levels have increased over the past decade by examining the Antarctic ice that has formed this year.