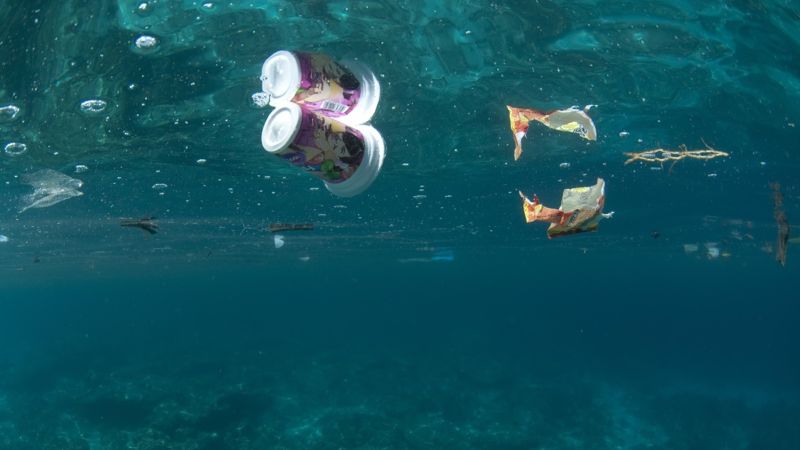 Scientists all over the world have been talking about threats related to pollution of the ocean with plastic waste for more than a year. The scale of the ecological catastrophe to which this pollution can lead, experts consider monstrous.

Today, particles of plastic are found in the organisms of fish, mollusks, inhabitants of the deepest areas of the ocean, as well as seabirds and people. Meanwhile, mosquitoes and other insects, whose life cycle takes place both in water and on land, “transport” toxic particles into the unpolluted “land” environment.

But this is not the whole list of victims of pollution. In the course of the new work, scientists from Macquarie University in Australia found that toxic waste causes damage to ocean cyanobacteria. These microorganisms in the process of photosynthesis emit oxygen.

“We found that exposure to chemicals that are leached from plastic trash interferes with the growth, photosynthesis and oxygen production of Prochlorococcus bacteria,” said lead author of the new study, Sasha Tetu.

Prochlorococcus is noted to be the most common photosynthetic organism on Earth: the global population is about three octillion (1027) individuals.

“These tiny microorganisms are crucial for the marine food chain, contributing to the carbon cycle. They account for up to 10% of total world oxygen production. Every tenth breath of oxygen you make thanks to them,” says co-author Lisa Moore.

Her team conducted a first-of-its-kind study to study the effect of chemicals washed out of plastic in the ocean on the activity of cyanobacteria.

Under laboratory conditions, specialists exposed two strains of Prochlorococcus, found at different depths in the ocean, to chemical substances leached from two common types of plastic waste. The first one is high-density polyethylene, which is used to make bags familiar to everyone; the second is polyvinyl chloride (PVC), it serves for the manufacture of various coatings (for example, linoleum and antisplash mats).

First, plastic waste was placed in seawater for five days, and then leached compounds made a company of cyanobacteria.

Observations of experts have shown that exposure to chemicals after 24 hours impaired the growth and functioning of chlorofluorococci. It is also about reducing the amount of oxygen produced and about changes in the expression of a large number of genes.

Scientists have recognized polyvinyl chloride as the most destructive for bacteria: its effect completely stopped oxygen production by one of the Prochlorococcus strains a day after the experiment began. This effect is due to the presence of plasticizers (substances that give polymers elasticity) and other “aggressive” compounds.

At the same time, previous works have shown that some additives in the composition of PVC are released after its release into the sea in a year or more. This means that the “side effect” of pollution can be very long.

In the future, the research team intends to conduct additional experiments to identify the level of negative impact on bacteria living in the natural marine environment.

In addition, scientists want to find out how pollution affects other microorganisms that are key in their ecosystems.

The authors hope that such work will help to assess the true scale of modern environmental changes and find ways, if not completely eliminate, then at least mitigate their consequences.

A scientific article on the results of this study is presented in the publication Communications Biology.