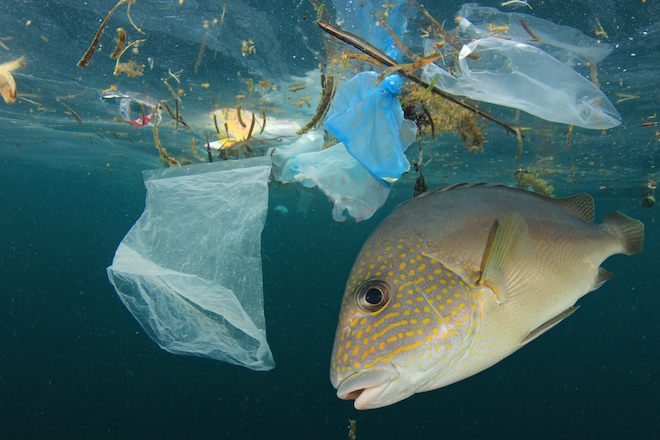 Sarah-Jeanne Royer and her team of scientists from the University of Hawaii in Manoa studied the biological sources of methane in the ocean. But the source they found was not biological, but synthetic.

It turned out that plastic is dangerous not only for marine life and the state of the ocean, but for the whole planet. When interacting with the sun, it releases greenhouse gases, such as methane, and other harmful gases such as ethylene.

Methane has 25 times more greenhouse effect than carbon dioxide, per 100 years. As for ethylene, it is released during the production of fossil fuels and mixed with the hydroxide in the atmosphere to form carbon monoxide. The authors of the study note that the amount of methane emitted by the plastic is probably only a fraction of the total volume, but other rare non-greenhouse gases that it emits can have a greater impact.

The Earth is already dealing with a serious warming from greenhouse gas emissions. Now a new source of these gases has been discovered, which no one measured. “There is not a single scientific work about greenhouse gas emissions from plastic, although this is quite expected, since plastic is synthesized from natural gases and fossil fuels,” said Royer.

The team placed plastic of various density, sizes and shapes in containers filled with water and air. One plastic was placed in sea water from the Pacific Ocean, the other – into the water of the highest degree of purification. Samples included polycarbonate, acrylic, polypropylene, polystyrene and high-density polyethylene.

The plastic with the largest greenhouse trace was low-density polyethylene, which is used most often. After 212 days under the sun, plastic extracted 176 times more methane than at the beginning of the experiment in purified water.

Scientists also moved some samples of plastic to darkness after being exposed to sunlight, and found that the process continued in the dark. The plastic, which was never in the light, emitted very little methane and ethylene, and plastic exposed to air threw out twice as much methane and 76 times more ethylene than plastic in water.

According to Royer, the results showed that plastic waste and climate change – the two biggest problems in the world – are tied more strongly than anticipated.