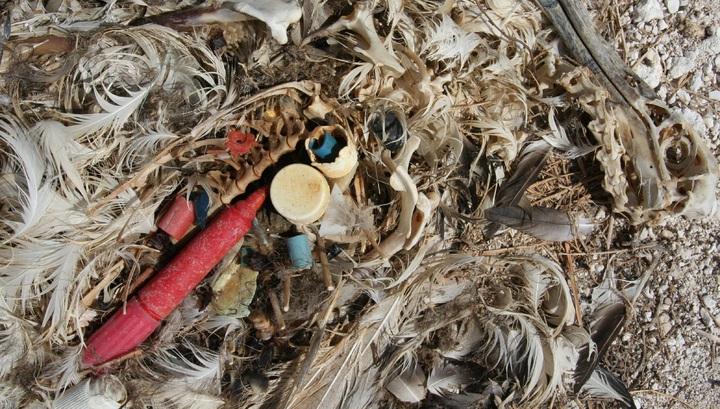 Scientists and ecologists continue to fight against pollution of the ocean plastic waste. It, we will remind, has got out of hand: microplastic has already got into food of people.

As of 2015, in the World Ocean about five billion plastic particles floated (they would be enough to fill nearly 600 fuselages of big planes). All this microgarbage is absorbed not only by fish and other inhabitants of the ocean, but also a bird. According to forecasts, by 2050 plastic will already contain in stomachs of all sea birds. Also it is connected not only with the fact that birds eat the fish who is already containing plastic: often they just take floating bottles, lighters and other “never-dying” objects for fish, and packages – for jellyfishes, and not only swallow of them, but also bring as a forage to the baby birds.

But, as it has appeared, confuses birds not only appearance of waste of mankind. During the new research the team of scientists from the University of California in Davis has found out that birds are attracted by a smell of plastic garbage which they take for a flavor of food.

The matter is that many species of sea birds eat a krill – it is the small crustaceans having a peculiar aroma. The same, to put it mildly, a smell of hydrogen sulfide, not too pleasant for a human nose, is exhaled by some seaweed – one more source of food for sea birds.

Organic compound under the name dimethylsulfide (VHI) “is responsible” for a characteristic smell. As the head of the last research Matthew Savoca has explained, this smell strongly is associated at birds with food – it is as a bell which calls by a lunch, and the instinct wakes up at once: it is necessary to get food.

During the experiment at the Californian coast ecologists together with chemists have tied to a sea buoy mesh bags with plastic waste. The first contained garbage from polyethylene of high density, in the second – low, and in the third – from polypropylene. In three weeks bags were taken from water, and waste has placed in tight packages.

The laboratory analysis has shown that after stay in the ocean of plasticity has really begun to let out gases with a “treacherous” smell. While the control group of the garbage which hasn’t visited water didn’t publish similar aromas. 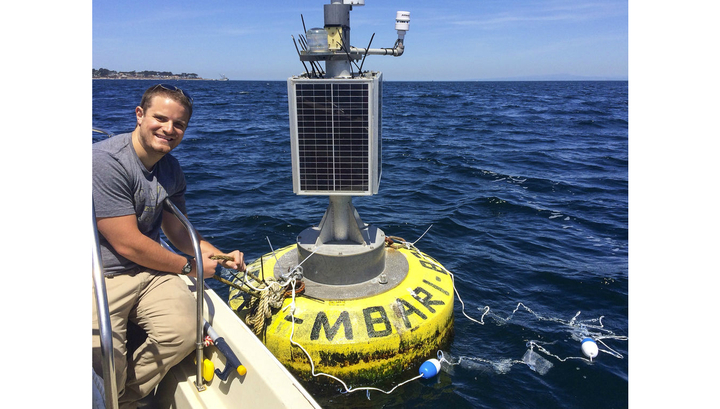 Authors of work also note that sea birds who are guided on VHI smell (and it is generally “hunters” with fine sense of smell – for example, albatrosses or petrels) come across “a fragrant trick” almost six times more often, than those at whom sense of smell isn’t so developed.

This first research such. And scientists are sure that now, knowing the strategy of search of food sea birds – on an attractive look and a smell – ecologists it will be easier to prevent the future catastrophic crash.

It is no secret that today millions of birds perish from the fact that in their organisms toxic components of plastic decay. Besides, plastic fragments not always pass through digestive tract that also leads to death. And happens and so that in stomachs of birds so much plastic accumulates that there just there is no place left for normal food, and the unfortunate animal perishes from hunger.

Ecologists call scientists for additional researches to understand, only birds become the victims of the sense of smell or this tendency extends also to other animals eating in the ocean (for example, turtles).

Besides, not one team of scientists works on a problem of conversion of waste today. So, in Canada plastic receives new life in the form of sunglasses, and Australians created a floating garbage container which cleans the ocean from garbage and oil slicks.

At the same time, it isn’t absolutely clear yet why plastic, having spent time in the ocean, begins to smell of dimethylsulfide. It is supposed that when the garbage appears in water, it is stuck around by seaweed and when it emerges, they quickly dry in the sun, and their decaying remains exhale that VHI. However scientists only should check this theory. If after all it turns out that put in the plastic, then it will probably be possible to change production technologies to salvage populations of sea birds.