From microbes to marsupials, life fills the Earth. But even if you rid the planet of all its inhabitants, the Earth will still be “alive”. Her molten core works, generating a magnetic field covering the planet. Erupting volcanoes spit out gases and covered the land of new fresh lava. The Earth’s surface is a jigsaw of rigid plates the size of continents, which push, move and collide with each other — powerful processes that create mountains and change landscapes.

The earth is not just a vessel for life: the planet itself lives. But its geological metabolism and especially the dynamism of its tectonic plates — also responsible for the lives of the inhabitants of the planet. If the planet was cold, dead and inert, life probably does not exist. At least on modern Earth Geology and biology go hand in hand. 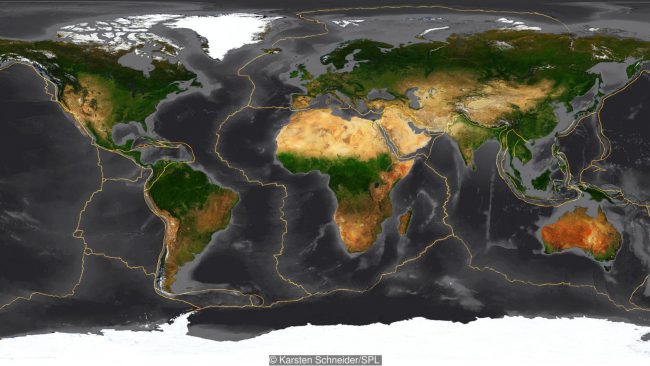 Astronomers have discovered thousands of planets outside the Solar system, some of them may be habitable. And plate tectonics can increase the likelihood of life — especially when talking about more complex organisms. If aliens do exist, they, too, could live on an active planet, boiling the geological activity, as our Earth.

But as shown by spacecraft exploring the Solar system, the Earth is not a unique place when it comes to geological activity. Although neither the moon nor Mars has no plate tectonics, both of these world experiencing “marsotryaseniya and lootrisone”. 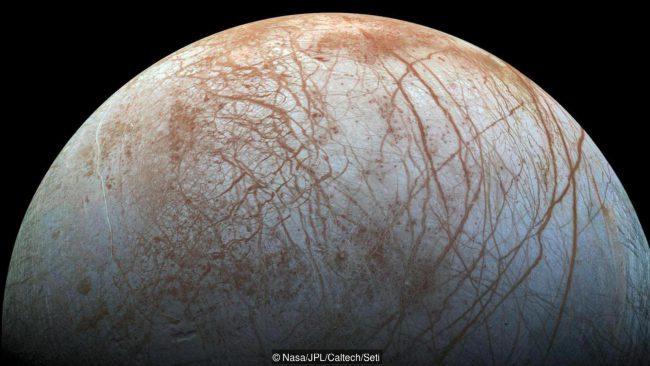 Some of the moons of Jupiter have active volcanoes and geysers. Mercury has a magnetic field, and thus at least a part of its core melted. Even Pluto, which was once considered a dead ice world full of towering ice mountains and glaciers, in its own way is alive and active.

However, geological activity in itself is not the same, and plate tectonics. Earth is the only planet in the Solar system, outer crust which is broken into several plates, like a cracked egg shell. These rigid tectonic plates with a thickness of several hundred kilometers floating on the more pliable mantle beneath them.

Other worlds in the Solar system have ancient surface covered with craters age in millions or even billions of years. But on Earth the tectonic plates are shifting and sliding, constantly renewing the surface. At mid-ocean ridges rising magma forms a new crust, pushing two plates together.

When two plates collide and crush one another, one of them may move down. This process of subduction creates a deep oceanic fissures or causes the eruption of volcanoes. Sometimes, as in the Himalayas, continental plates collide, but because they have nowhere to go, it remains only to erect the mountain.

All that is necessary to life on Earth. 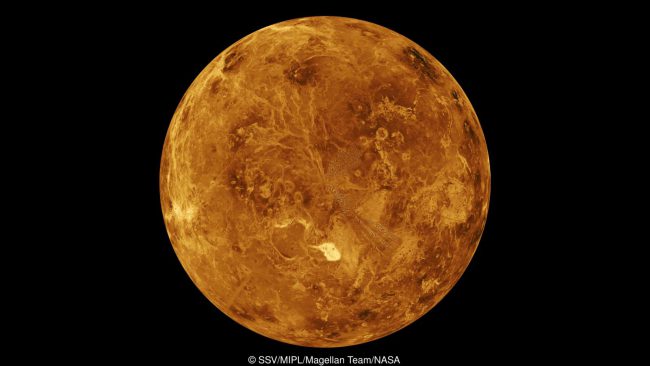 “Surface temperature is rising, and the Land gradually becomes a planet such as Venus,” says June Korenaga, a geophysicist from Yale University in the United States. If gas is too small, heat will escape and Earth will become uncomfortable cold.

Thus, the carbon cycle acts as a global thermostat that regulates itself when it is necessary (though does not take into account the excess carbon dioxide generated by changing the climate of human actions). A warmer climate also leads to higher precipitation, which helps to remove more carbon dioxide from the atmosphere.

The gas dissolves in raindrops that fall on bare soil and rocks. A chemical reaction between rainwater and rocks release carbon and minerals like calcium from the rocks. The water then flows in rivers and streams reaches the ocean, where the carbon forms carbonate rocks and organic objects like shells.

The carbonate settles to the bottom of the ocean, the tectonic plates, which is subjected to the subduction and takes away the carbon in the bowels of the Earth. Then the volcanoes belch carbon back into the atmosphere as carbon dioxide. Through millions of years, the cycle finally ends. 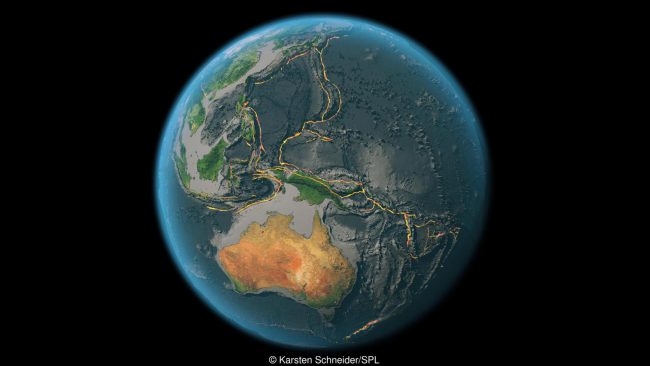 Plate tectonics plays a role at every stage of this cycle. Not only subduction takes carbon back in the earth’s mantle, but tectonic activity brings fresh rock to the surface. They are very important for chemical reactions that produce minerals. Mountains formed in the process of tectonics, escorted the air upwards where it cools, condenseries and forms rain drops, and they help remove carbon from the atmosphere.

And there’s volcanoes. “Plate tectonics helps to maintain active volcanism for a long time,” says brad Foley, a geophysicist at the University of Pennsylvania in the United States. “If we don’t have volcanism, sending the carbon dioxide back into the atmosphere, then the planet would become very cold. It would freeze completely.”

Maintaining the warm climate necessary to ensure that the planet remained habitable. But plate tectonics affects other things. For example, a study was conducted which showed that erosion and weathering processes remove elements such as copper, zinc and phosphorus from rocks and carry them into the sea.

These elements are important nutrients for organisms like plankton. In the past, they could be responsible for the bombings of biodiversity, like the Cambrian explosion 540 million years ago. The data also show that periods with little erosion, and fewer available nutrients in the ocean coincided with mass extinction events. 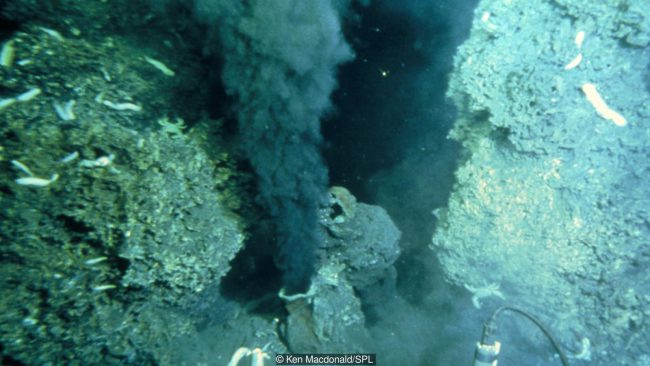 Moving continents and plate tectonics could create a variety of conditions of evolution. Over millions of years the continents drifted across Earth’s surface, moving from one climatic zone to another. Without plate tectonics Earth would not have its varied geography with the widest range of habitats.

Plate tectonics is also responsible for hydrothermal vents on the ocean floor. Near plate boundaries, water can penetrate into the cracks where magma heats it up to hundreds of degrees and throws, already hot, back into the ocean. Hydrothermal vents or springs, discovered in the late 1970-ies, are home to diverse ecosystems, and some scientists suggest that these vents could give rise to life on Earth.

The constant movement of the plates may also play a role in the Earth’s magnetic field. This field can act as a shield that prevents the solar wind to blow off the atmosphere, another important ingredient of life. Engine, which produces a magnetic field, molten core is molten iron. Turbulent motion occurs in the process of convection when hot liquids rise and cold fall. There is in the planet’s core convection or not and does it create a magnetic field depends on the cooling rate of the planet.

“If you have plate tectonics, the outer shell will cool down faster than without it,” said Peter Driscoll, a geophysicist at the Carnegie institution of Washington. Faster cooling promotes convection and consequently the existence of a magnetic field. Mars and Venus has no plate tectonics. Liquid cores, magnetic fields of life too.

Yes, plate tectonics is essential for life on Earth. But what about extraterrestrial life? 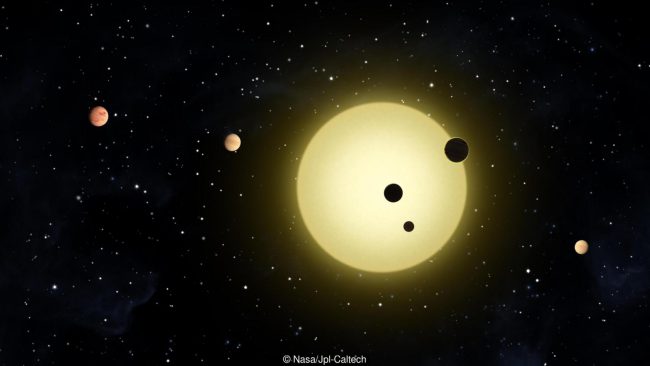 Astronomers estimate that the galaxy at least a hundred billion stars. Among them, many planets the size of Earth, located in a potentially habitable zone of its star where it’s not too hot and not too cold, and can exist liquid water. They found a planet around Proxima Centauri, the nearest star to the Solar system.

The habitable zone and liquid water are essential factors for existence of life on the planet. But immediately followed by plate tectonics and other features.

“Plate tectonics is very useful for life,” says norm Sleep, a geophysicist at Stanford University. If the planet has plate tectonics, he says, the chances of habitability will increase significantly.

Of course, any conversation on the topic of habitability of other planets is speculative in nature. There is only one known example of a habitable world — and this Earth.

“Plate tectonics is important to life that we know and love as people,” says Lindy Elkins-Tanton, a planetary scientist from Arizona state University. But “it is not necessary for life in a broader sense”.

On Earth, for example, the most important role of tectonics is in the regulation of the carbon cycle. But on another planet plate tectonics may or may not support such a cycle. 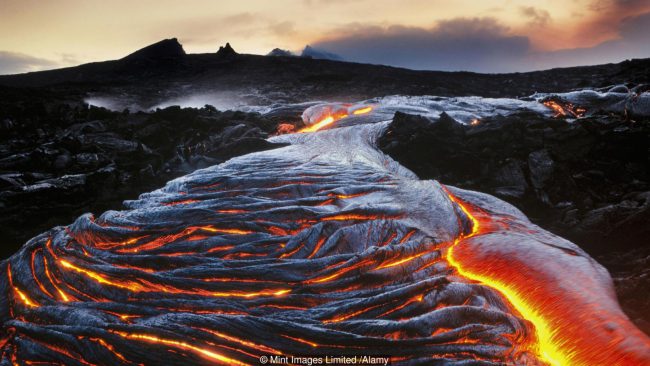 Some volcanoes like those that make up the Hawaiian Islands, do not require tectonic activity. “In addition to volcanism, there is another method of output of carbon dioxide in the atmosphere,” says Foley. “But volcanism also creates a fresh rock, which can erode”.

However, to return the carbon in the bowels of the planet without subduction will be hard. A planet without plate tectonics, stagnant planet is enclosed in a hard crust that blocks carbon. But the deeper layers of the crust are warmer and softer. They are also denser than the mantle, so if the mantle is soft enough, it will drip down like molasses, dumping carbon into the subsoil, where it again will be emitted by volcanoes.

But even if the carbon cycle in some form is possible, it will not last forever, and the planet will be a small window of habitability. Without plate tectonics volcanism can disappear quite quickly.

Some scientists say that even life on Earth could get without plate tectonics. In 2016, Craig O’neill, a planetary scientist Macquarie University in Sydney, has developed computer models that assume that the Earth could not be of plate tectonics in the distant past — when life first appeared and 4.1 billion years ago. If life arose on Earth in the absence of tectonics, then tectonics can be an optional condition.

But this conclusion would be premature, others say. “Any opinions on the early Earth should take caution,” says Foley. Different assumptions give very different answers. 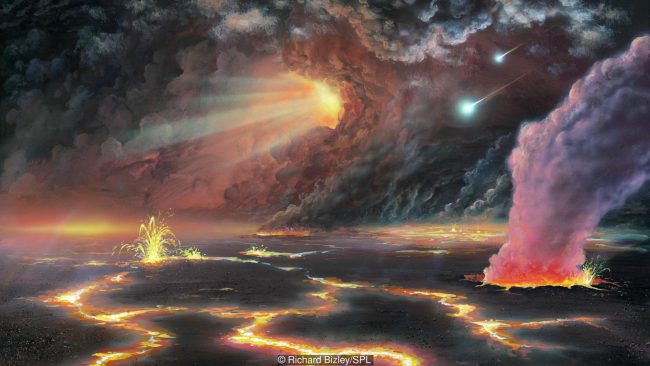 In the end, scientists agree that plate tectonics can help life to get the existence. But no one can say for sure whether it is needed. “We don’t know a lot about plate tectonics to speak of its necessity for life,” says Elkins-Tanton. The theory of plate tectonics has been developed only in the second half of the 20th century and is still not developed until the end of the Earth, not to mention other planets.

One of the complicating factors is the close relationship between plate tectonics and life. “These geological cycles that make the Earth more livable,” says the Slip, but biology is also important. “Life took four billion years to develop traits to adapt to life on a planet with plate tectonics”. Perhaps life on Earth has decided to rely on the tectonics just because evolution led her down this path.

Even if platetectonic was necessary for life, astronomers are unable to determine whether the tectonics of other planets. Planets outside the Solar system too far, and even the best telescopes can hardly detect the chemical composition of the global atmosphere, which is good. But without interstellar travel to verify the existence of plate tectonics would be virtually impossible.

“We barely were able to detect it on our planet, but we’re standing right on it,” says Elkins-Tanton.

Plate tectonics is just one of the many factors that can affect habitability. Scientists cannot determine the formula of life is not to discover extraterrestrial life. At the moment Earth is the only world that is truly alive.