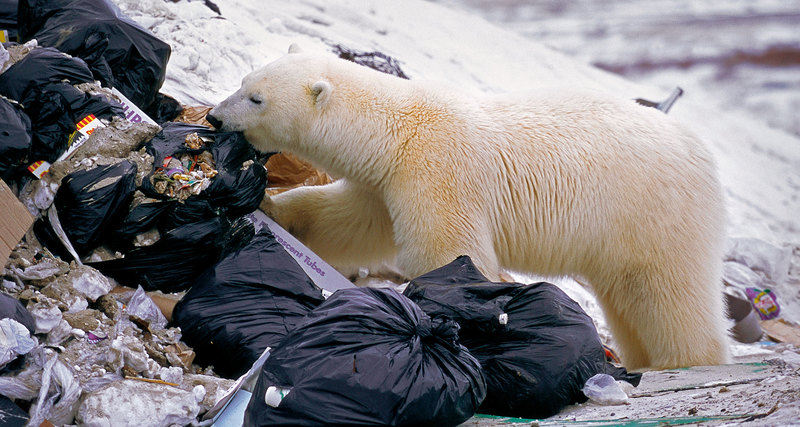 The problem of environmental pollution affects absolutely all parts of our planet. The Arctic is no exception, and the amount of plastic waste there has reached critical values. In lifeless circumpolar regions, birds and animals look for everything that looks like food and taste it.

Among the remaining inhabitants of the Arctic, polar bears stand out as the most mobile, fearless and curious mammals. They calmly explore the areas closest to human habitats and not only find a lot of garbage, but also dig in landfills. Ivan Mizin, deputy director of the Russian Arctic National Park for scientific work, candidate of biological sciences, told Interfax about the pressing problem. According to him, up to a quarter of the contents of the stomachs and excrement of polar bears are various plastic waste – wrappers, bags, packaging elements and the like.

So far, the use of plastic in food does not lead to massive fatal consequences for animals, however, no one knows where the limit is. It is possible that a little more and the Arctic species, which are already oppressed by human activity in this region, will begin to die out as a result of littering. The farther the bears keep away from people, the healthier their diet is, but they are still not immune to eating plastics. Arctic pollution is not news, including plastic and its microscopic particles, scientists found everywhere in the polar region: in water and snow. How to solve this problem so far the experts have no consensus, but monitoring is required to be carried out continuously.