Popular diving resort has banned the use of sunscreen 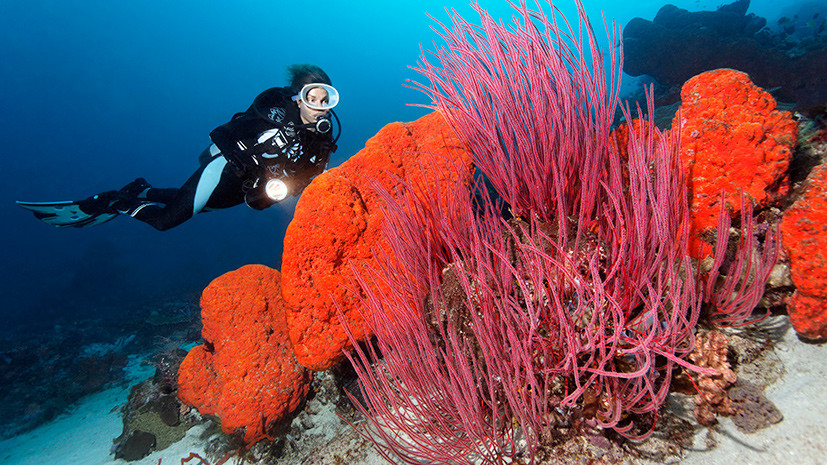 The Pacific Republic of Palau became the first state in the world to completely ban the import of sunscreen products with components that destroy coral reefs into its country. A law passed by Parliament will come into force on January 1, 2020. Violators will be required to pay a fine of $ 1 thousand.

The President of the Republic of Palau, a small island nation in the Pacific, Thomas Remengesau signed a bill that completely banned the import and sale of sunscreen products containing components that destroy coral reefs on its territory. The list of harmful chemicals includes ten items, including the most popular components of sunscreens and lotions – oxybenzone and octinoxate. These compounds inhibit the growth of young reefs and contribute to their fading, making corals less resistant to climate change.

The law will come into force on January 1, 2020. Forbidden sunscreens will be confiscated from tourists upon entry into the country; violators will be required to pay a fine of $ 1 thousand for trade in the state.

During his speech in parliament, Remengesau noted that such measures are designed to protect coral reefs – an important part of the ocean ecosystem – from the harmful anthropogenic impact that threatens the ecology of a paradise island.

According to Remengesau, it was decided to adopt a new law last year after a report by scientists that polluted the famous Lake Medusa in Palau with sunscreen components.

American scientists have found that 15-20% of all used contact lenses are washed by US residents down the drain. According to experts, …

According to the researchers, every year from the skin of people swimming near coral reefs, 6 to 14 thousand tons of sunscreen components are washed off.

“This measure will help remove one of the sources of danger to coral life. However, the reefs can not be saved only by a ban on the import and sale of sunscreen. There are more dangerous factors that destroy corals – the warming of seawater and plastic pollution, ”said Professor Jar Wiedenmann, professor of biological oceanology at the University of Southampton.

Recall that in July 2018, a similar ban was announced by Hawaii. The law will come into force in 2021. However, guests of Hawaii will be able to smuggle forbidden creams and lotions from the sun or buy them on the territory of the archipelago with a doctor’s prescription.

Experts say that not all sunscreens contain dangerous for reef compounds, but so far such funds are quite expensive.