Possibility of domestication of any animals is proved 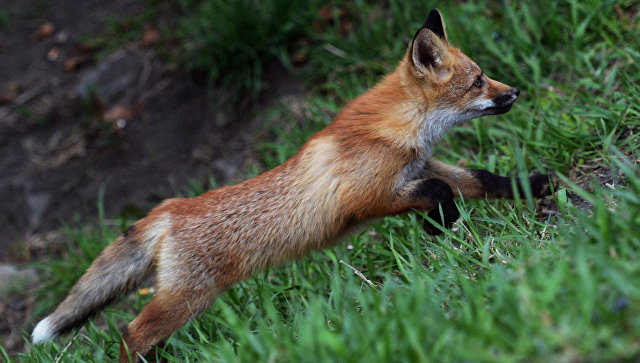 Scientists of the Institute of Cytology and Genetics (IGiG SB RAS) in Novosibirsk during the long-term experiments on foxes, rats and mink have proved the possibility of selective domestication of practically any species of animals.

An experiment on the artificial domestication of animals in Siberia was initiated by Academician Dmitry Belyaev in 1957. It was designed to simulate the process of domestication of animals, which resulted in the creation of a unique, world-famous population of domestic silver-black foxes, whose behavior in many ways resembles the behavior of dogs. The Institute also conducts similar experiments on rats and American burrows. Animals are selected and crossed on the basis of goodwill towards a person and vice versa, by aggressiveness.

“Initially, the foxes had new behavioral patterns, then morphological signs (change in color), then it was shown that tame animals are less stressed and also have a pedomorphism effect when the animal preserves the child’s features to an adult state (tail wagging, shortened muzzle, Long-term preservation of child behavior, etc.), while the reproductive function exceeds the benchmarks.These indicators are observed in all domestic animals, “- told reporters the senior scientific Employee of the ITSiG Anastasia Kharlamova.

With the example of foxes, it can be said that the experiment reproduced in about 50 years a historical domestication that took place in nature for about 15 thousand years, she noted. Now the foxes, who have been selected since 1957 for the behavioral sign of goodwill towards the person (about 50 generations), can live in apartments instead of the usual dogs. The experiment on mink has been changed for only 20 generations.

“One of the main conclusions: selection for manual behavior increases the rate and range of variability, for example, color, if at first the color was intensely dark, then it becomes not so dark in the hand.The first stages of selection for aggressive behavior, on the contrary, are accompanied by hyperpigmentation,” – Said Oleg Trapezov, a senior researcher at the Institute, dealing with mink. Then, according to him, more tame animals have an unusual coloring, stains on the skins, and the hair becomes less rigid, that is, everything is like that of pets compared to their wild “relatives.”

“When we start selecting, we will receive more and more pets, it will not be immediately, but there will be more and more of them.” Of course, there are individual characteristics, but I do not know animals that would not have undergone transformation. If it were not, the number of pets would be huge, “he said, noting that foxes are closer to dogs and faster become tame, and mink are similar to cats and for taming them It will take more time.