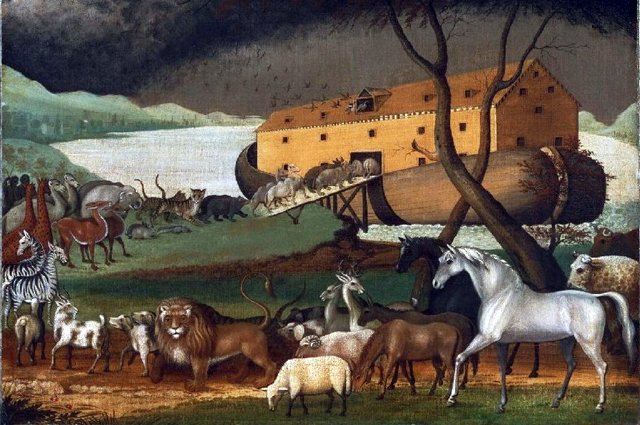 Representatives of the Istanbul Technical University and the University of Agra Ibrahim Chechen began to study fragments that may be the remains of the legendary Noah’s Ark, on which the Old Testament patriarch saved “each creature in pairs” from the universal flood. This is reported by Expat Guide Turkey.

Now the researchers are awaiting the results of the examination of the found artifacts, similar to pieces of petrified wood. More is not yet reported in the Turkish media, but it is quite possible that a world sensation is being prepared.

However, this is not the first attempt to prove the existence of the biblical ship, which, according to legend, landed on Mount Ararat, now located in the Turkish province of Agra.

By the way, Noah’s misadventures are recognized by three major religions: Christianity, Judaism and Islam. There is only one exception – the Koran states that the ark of the prophet Nuh (in the Bible – Noah) did not land on Ararat, but on Mount Judy in southeastern Turkey. But these are details, since they continued to search for the legendary ship for centuries precisely on the slopes of Ararat.

At the beginning of the 19th century, Friedrich Parrot reached the top of the mountain – despite the German name, the naturalist was from Russia. It was he who discovered a huge flat ledge, which could well serve as a pier for Noah’s ark.

Half a century later, the Englishman James Bruce, who climbed alone, found a wooden beam at a very high altitude “with obvious traces of tooling.”

A few years later, Turkish meteorologists allegedly stumbled upon the frame of an ancient ship sticking out of a glacier. Newspapers all over the world trumpeted the find.

In 1916, Russian pilot Vladimir Roskovitsky, who flew over Ararat, reported on the remains of a huge ship he saw. This was reported to Emperor Nicholas II, and he, they say, even ordered the preparation of the expedition. But 1917 set new tasks.

And in 1952, the Frenchman Fernand Navarre, who devoted almost 20 years to searching for the ark, said that he was completely sure that he had discovered the ship. His book, which contained an account of the expedition, was called: “I found Noah’s Ark.” True, the scientists who examined the finds handed over to them could neither confirm nor refute the traveler’s opinion.