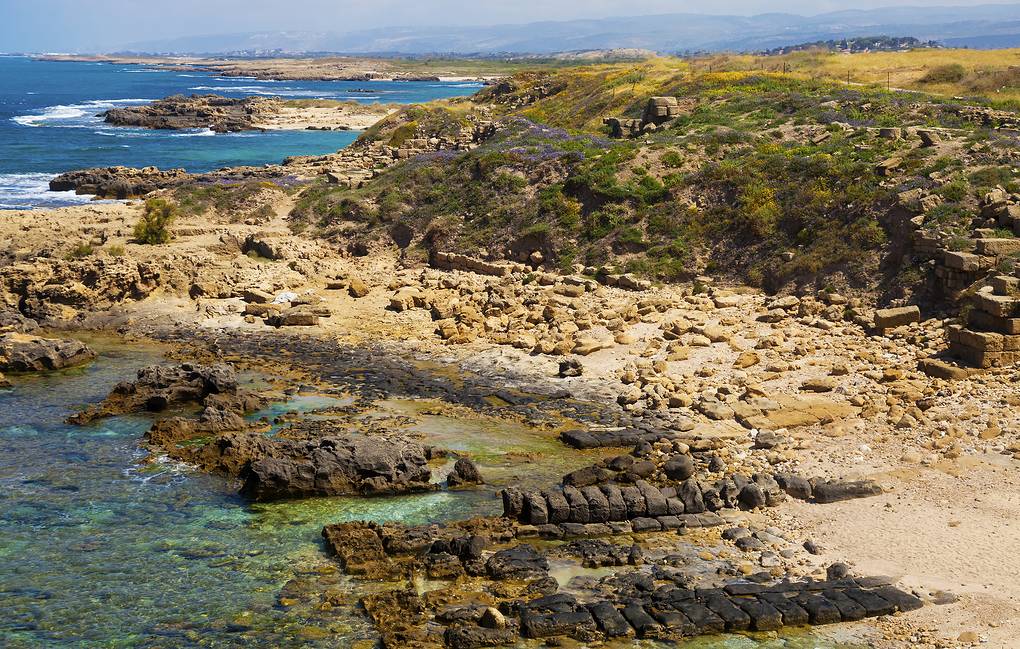 In the vicinity of the ancient city of Tel Dor, archaeologists found traces of a tsunami, the wave of which reached a height of 40 meters. It struck the coast of Israel about 9.9-9.3 thousand years ago. The elements wiped out all coastal settlements from the Neolithic era from the face of the Earth, scientists write in the scientific journal PLOS ONE.

In recent years, archaeologists have found several Stone Age settlements off the coast of Israel, which were flooded by the waters of the Mediterranean Sea after the end of the Ice Age. Then the level of the World Ocean rose very quickly: in one generation the sea rose by 10-20 cm. The inhabitants of those places were forced to fight this: in particular, a year ago, archaeologists found the oldest dam known to science on the territory of the flooded village of Tel Khreutz.

Thanks to a new study, scientists have learned that the ancient inhabitants of the eastern coast of the Mediterranean were threatened not only by the constant rise in sea levels, but also by very powerful tsunamis. Archaeologist from the University of California at San Diego Gilad Shtinberg and his colleagues came to this conclusion thanks to the results of excavations in the vicinity of the ancient city of Tel Dor, which is located about ten kilometers south of Tel Khreutz.

Tel Dor was founded about four thousand years ago, in the middle of the Bronze Age, and existed until the beginning of the Crusades. Historians suggest that human settlements began to appear in this region as early as the Stone Age, but no trace of them has yet been found. Shinberg and his colleagues found a possible reason for these failures.

They studied the structure of sediments in the vicinity of Tel Dora. “We wanted to reconstruct the climate over the past 12 thousand years and find out how the natural conditions on the coast of Israel have changed during this time,” Shinberg commented.

In the studied rock samples, scientists unexpectedly found a small interlayer with imprints of sea animals and sedimentary rocks that were formed under the influence of sea rocks. The age of the deposits in which these “marine” inclusions were found ranged from 9.9 to 9.3 thousand years.

At that time Tel Dor was located a few kilometers from the seashore and it was unclear how such deposits could have formed. Therefore, archaeologists have studied in detail the deposits of this time on different parts of the coast and the seabed in the vicinity of Tel Dora.

It turned out that such traces of “sea” rocks were found at a distance of 1.5 to 3.5 km from the supposed line of the Mediterranean coast at that time. Scientists concluded that they got on land due to a powerful tsunami, the height of which could reach 40 meters during landfall.

Scientists speculate that the tsunami was caused by an earthquake that started in a tectonic rift that runs through the Dead Sea and virtually the entire coast of Israel. This hypothesis is supported by traces of powerful seismic shocks that occurred at about the same time. They were recently discovered in sedimentary rocks on the walls of the caves of Israel’s Mount Carmel.

According to the hypothesis of Shtinberg and his colleagues, this earthquake caused an underwater landslide, which triggered the tsunami. It wiped out from the face of the Earth all the settlements of ancient people that existed in the area. That is why, according to the authors of the article, archaeologists cannot yet find traces of their existence.