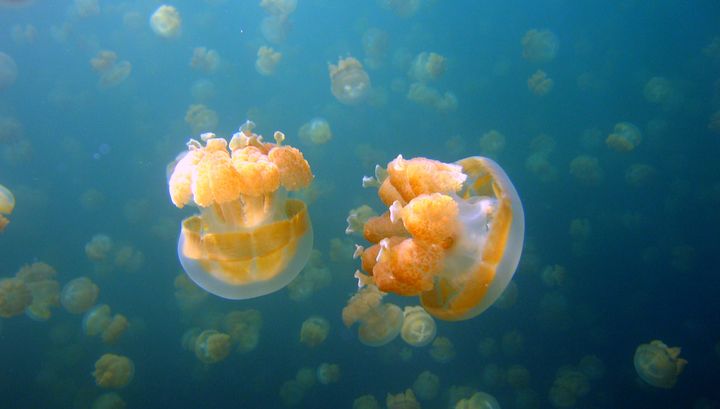 The Russian paleontologist from the Institute of Oil and Gas Geology and Geophysics of the Siberian Branch of the Russian Academy of Sciences Dmitry Grazhdankin found a small imprint of an ancient jellyfish in the late 90s on the coast of the White Sea in the Arkhangelsk region. Set her age was only now, and this was a real discovery: it turned out that the fossils of 550 million years. By her age she proved that predators appeared on the Earth 20 million years earlier than was generally believed, and, quite possibly, contributed to the fact that the Earth’s atmosphere became more suitable for the life of other organisms.

“I immediately realized that I had found a jellyfish, but it took many years to work with collections of museums in Europe and America.It was necessary to look at prints from younger deposits, to study the biology and anatomy of modern jellyfish, to explore the geological section for the reconstruction of habitat conditions. This helped to establish its age – 550 million years, “- says the scientist in a press release.

The lifetime of the found organism belongs to the Ediacaran period (635-540 million years ago). Grazhdankin notes that the results of the study of this ancient representative of multicellular animals helped to clarify the data on evolutionary processes.

“It can be said that large gelatinous zooplankton – an important component of modern marine ecosystems – appeared 20 million years earlier than it was supposed to.” After the death of the body, the jellyfish slowly descend to the ocean floor – a cycle of organic matter occurs, which at one time led to a gradual saturation Atmosphere with oxygen, which made our planet suitable for life. “Now we can assume that with the advent of jellyfish 550 million years ago, this cycle should accelerate,” said the paleontologist.

According to researchers involved in the Ediacaran period, about 550 million years ago on Earth there was a major ecological crisis, which led to the first ever extinction of animals. It is possible that the appearance of jellyfish is one of the symptoms of this crisis, says the scientist. 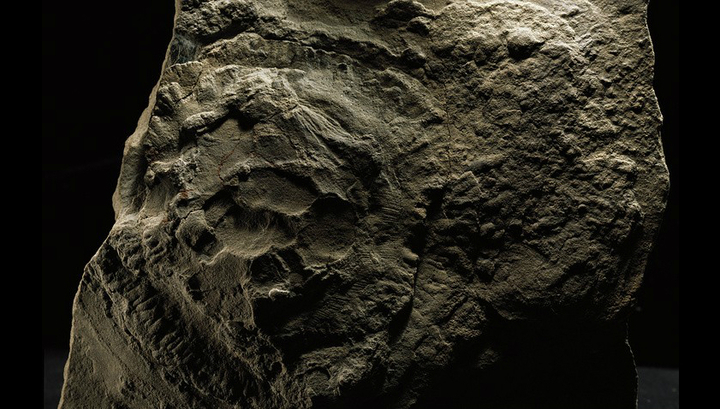 Dmitry Grazhdankin called the found jellyfish bjarmia. So the Vikings referred to the southeastern White Sea coast in their sagas and annals.

“The full scientific name of the jellyfish is translated as” Bjarmia, the closed circle. “The name refers us to the history of studying the remains of the oldest organisms.It was previously thought that the first animals were jellyfish.Ediacar period was called – the” jellyfish century. “Then for a while it was thought that Jellyfish among the oldest animals was not.But it turned out that there were: the circle was closed, “- explained his decision scientist.

In addition to the fact that the Bjarmia was able to close the circle, it was accidentally preserved in the sand in a very original way. The bodies of jellyfish are 98% water, and they are difficult to fill with sand in the stream, because they float to the surface. However, this jellyfish, so to speak, was not very lucky – its own form failed.

“Byarmy accidentally fell into the stream of water, which, in addition to sand, also carried small pebbles.The body of jellyfish, as it is known, resembles a bell or dome, and bjarmia was no exception.The pebble was clogged with pebbles, and under its weight the jellyfish sank to the bottom, where its And covered with sand, “- explained Grazhdankin.

Now on the fossil of the jellyfish you can find at least 17 distinct fingerprints of pebble stones. This is a very unusual way for a jellyfish to be buried, which was not described in the literature before, says the author of the work.

Add that his name Ediacar period was named after the place of Ediacar in South Australia, where many finds were found of the remains of ancient animals.