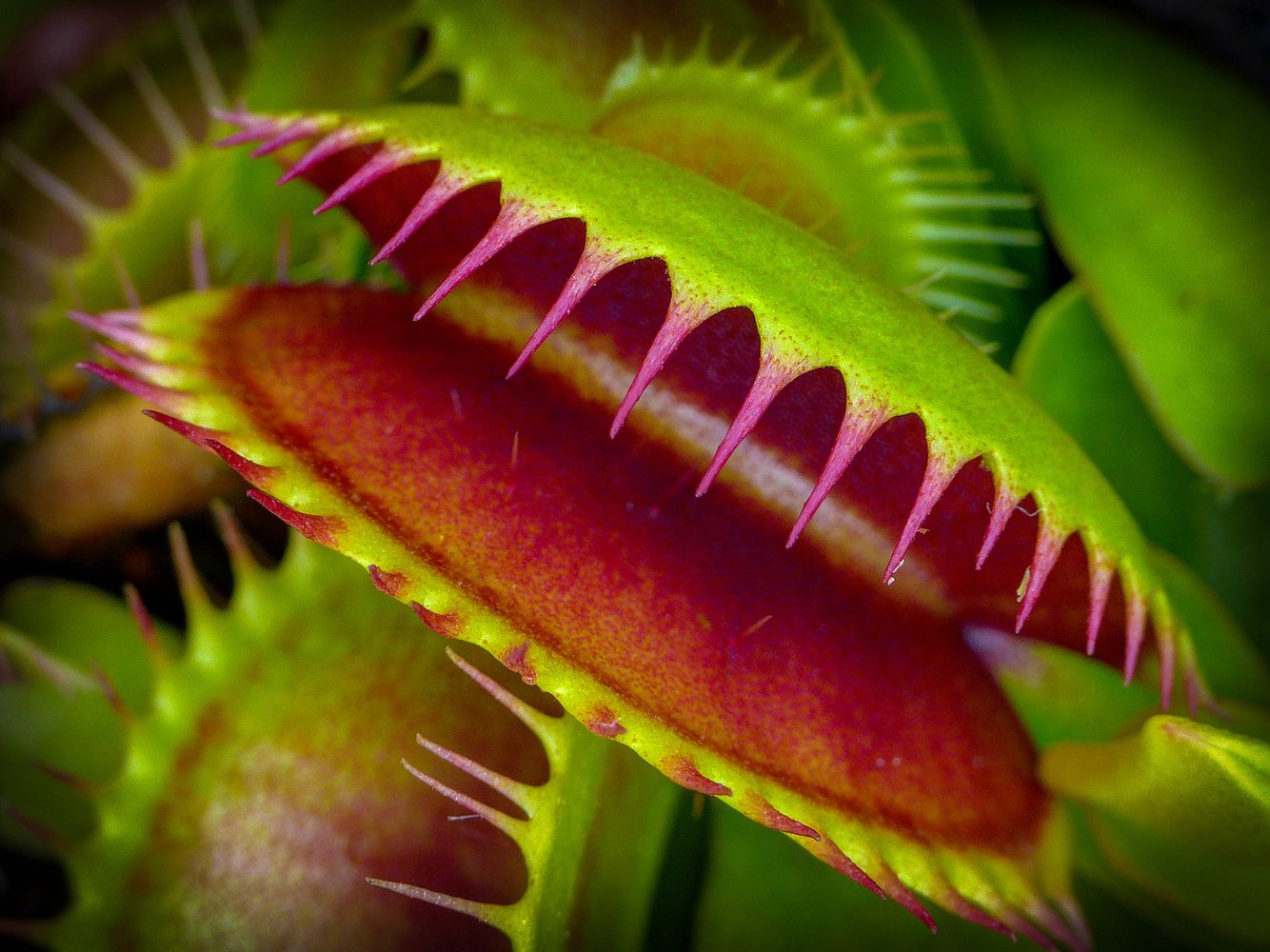 Venus flytrap is one of the few plants capable of rapid movements, so necessary in the hunt for insects. And an important tool is the account.

A small herbaceous plant Venus flytrap (Dionaea muscipula) is found in marshy soils with a lack of nitrogen. The source of nitrogen required for protein synthesis is insects that fall into leaf traps. In the open state, parts of the sheet are bent outward. When an insect sits on it, it curls up, blocking the exit with hairs or spikes.

Trying to escape, the victim makes random movements that stimulate the inner surface of the leaf and cause cell growth. In the end, the edges of the sheet are completely closed, the trap turns into a “stomach”, where the process of digestion takes place. After about 10 days, only the empty chitinous shell remains from the prey, and the trap opens in anticipation of the next food source.

Biologists from the University of Würzburg (Germany), while studying the venus flytrap, discovered peculiar arithmetic abilities in it. The plant cannot waste its energy, therefore, the mechanism for triggering the trap is activated only after the hunter is convinced of the presence of a victim. The first touch of the insect is considered random, and the second signal activates the trap: it proves that the victim really settled on the surface of the sheet. Enzymes necessary for digestion begin to stand out after the insect has touched the hairs for the third and fourth time. And the process of absorption of nutrients starts from the fifth touch.

In a final article published in the eLife journal, biologists explain that an insect trapped in a trap certainly creates much more than five movements. In particular, a cricket, dying for an hour, knocks on the sheet an average of 63 times. For its part, the hunter plant, which has already launched the digestion mechanism, correlates the number of strokes with the production of the required amount of digestive enzymes.