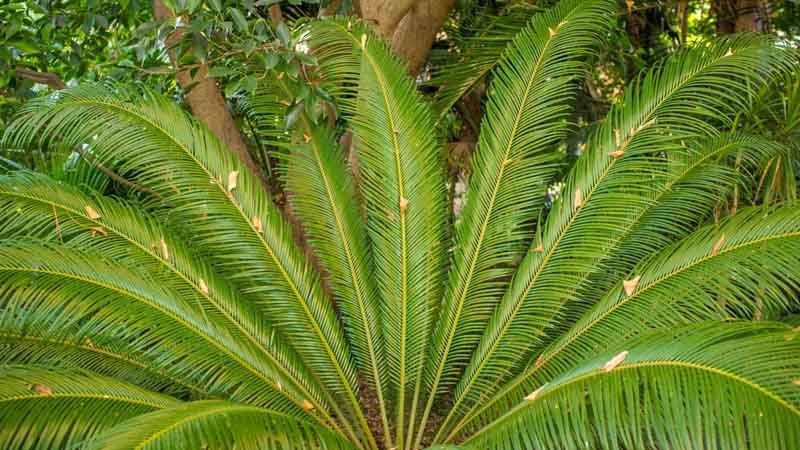 According to nerds, the prehistoric palm tree living on the Isle of Wight, for the first time in 60 million years, produced male and female cones on the shores of Misty Albion. Scientists reported that this species of palm trees dominated the planet 280 million years ago.

The average annual temperature in the area of ​​the Ventnorsky Botanical Garden, in which a significant event occurred, is 5 ° higher on average than in the rest of the largest of the British Isles, making it the second warmest corner of Great Britain after the Scilly Islands.

Scientists believe that the flowering of such a thermophilic plant is another evidence of a significant change in the climate of our planet.