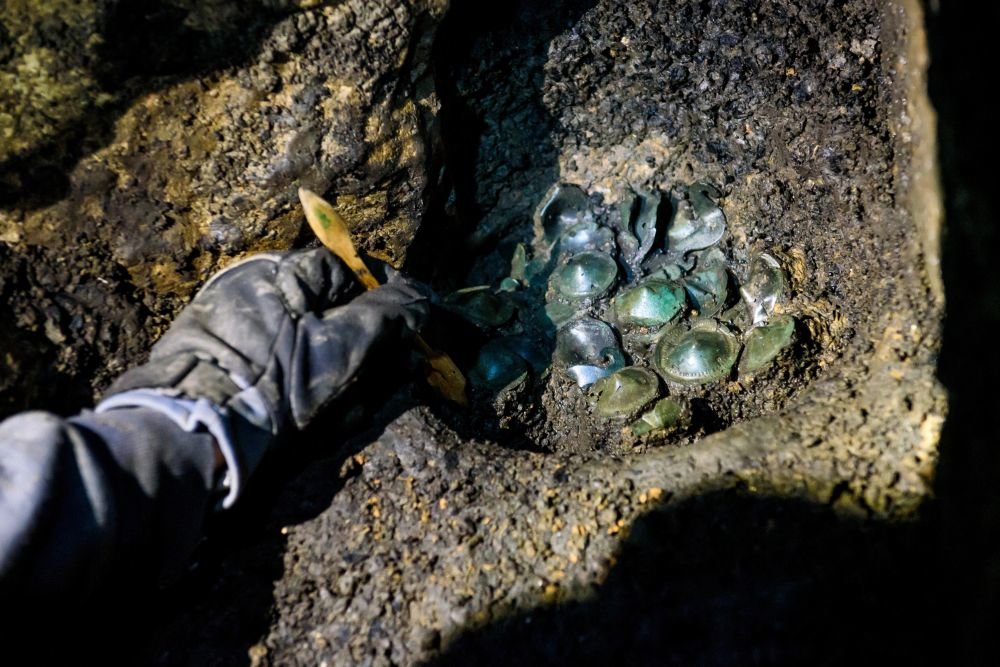 Archaeologists during a survey of the Baradla Cave in northeastern Hungary discovered a large number of precious bronze age artifacts and ancient human remains.

The discovery is reported by Index. It was made in the cave of Baradla, famous for its treasures. Over the past 150 years, many artifacts, including gold items, have been found in it.

This time, a group of archaeologists as a result of four years of excavation discovered bronze artifacts, ceramics, as well as bones of humans and animals of two periods: the Bukk culture (about 5000 BC) and the Kizhatice culture (about 1200 BC)

Artifacts of Bukk culture are fragments of ceramics, brightly decorated with geometric patterns. They are abstract, and their patterns are significantly different from the ceramics that other local peoples traditionally made. Perhaps the representatives of the Bukk culture were great travelers.

59 bronze items were also found, including a large number of discs. They were found near an underground stream under a pile of stones. By the way they were folded, archaeologists have determined that in ancient times someone carefully wrapped them in cloth and then hid them under stones.

Bones of animals found nearby indicate a ritual feast or sacrifice that took place in the cave of Baradla. The human remains discovered there belong to the Neolithic era. Apparently, Baradla Cave thousands of years ago was considered a sacred place.

“Nowadays, the walls of the cave are covered with black soot, but then they were light, and it must have looked very beautiful,” says the project’s lead archaeologist Dr. Gabor Szabo. “Even today, breathing in the air of the Baradla cave, you feel that this is a mystical place “