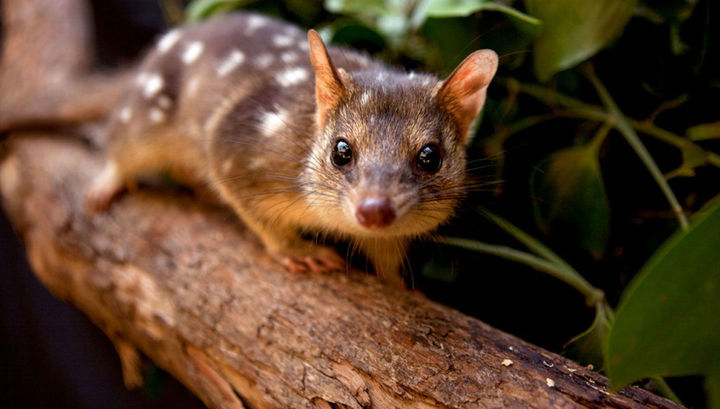 Territories of wildlife are suffering more and more from people. Unfortunately, the development of human civilization leads to the decline of many animal populations, and too often puts them on the verge of extinction. Nevertheless, some species manage to adapt themselves and to cope with oppression, as recently “returned” from the nothingness of the marsupial mouse. To save others, huge funds are allocated and sometimes entire islands.

But if the settlement on an isolated territory was successful for the Tasmanian devils, the northern marsupial marten was much less fortunate. It turned out at the very last moment, when the animals were tried to return to the natural range. But first things first.

Approximately 80 years ago in Australia, the invasion of poisonous toads seriously damaged the state of the northern marsupial martens population, who actively eaten them and naturally poisoned them. In 2003, nature conservation organizations in the struggle for the survival of the species collected 64 individuals and settled them on the Astell and Pobassu Islands off the northern coast of Australia, where there were no menacing predators. As a result, in a few years their numbers reached thousands. Among other things, a whole program was developed to wean the martens from eating poisonous toads.

But in 2016, and, accordingly, through 13 generations, when 29 animals tried to return to their native places, they became easy prey for dingoes. These creatures in the olden days were not a great threat to martens. But after 21 weeks, wild dogs caught all the martens released on the will.

Discouraged scientists began to look for the cause of their crushing defeat. Chris Jolly and Ben Phillips of the University of Melbourne, as well as their colleague Jonathan Webb (Jonathan Webb) from Sydney University of Technology, took the case.

The researchers conducted a simple experiment to compare the behavior of martens from the island of Astell and the individuals who did not leave their native places. They made three boxes, inside of which were placed flour worms – a favorite delicacy of the tested animals. In this case, collars with dingo wool and cats were also placed in two boxes. To get the worms, the martens could only put the head in the box.

In an article published in Biology Letters, the authors report that wild animals behaved cautiously, sniffed carefully the boxes with the smells of predators and ate less worms than their “prepared to return to their homeland” counterparts. But the possible presence of predators who were in the “greenhouse” conditions of individuals did not worry at all.

When biologists conducted similar tests with the offspring of the martens participating in the experiment, the regularity was exactly the same. In this case, signs of life-threatening indifference were observed in the inhabitants of both islands. And this means that such behavior is already firmly entrenched at the genetic level. In other words, before the scientists appeared a case of rapid evolution of the species in just 13 generations in the new ecological conditions.

Every such fact is valued in the scientific world in the weight of gold, and many experts until recently with certainty would say that the loss of fear of predators should have been manifested only in hundreds or even thousands of years of evolution. However, nature has made its own corrections, unfortunately, dangerous for the martens.

Whatever it was, but now the biologists will have to figure out what to do with the frightened marten next. This is what they are now doing. By the way, in some programs for the rescue of endangered species, the presence of a certain number of predators in the protected area is practiced in order to avoid similar incidents.