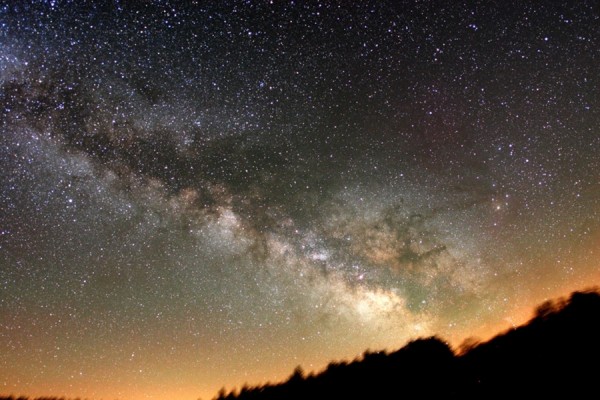 American scientists came to the conclusion that the people of the US and Europe will not be able to enjoy views of the milky Way because of the high concentration of light pollution. Data according to which and was conclusions, published in the scientific journal Science Advances.

In his article, the team was able to determine in what areas the earth’s surface you can see the milky Way, among these were African countries, Australia and the island of Greenland. Many representatives of the new generation, perhaps not even seen in the sky galaxy.

Such statistics formed due to the excessive lighting of the night sky in cities with large populations. In such places even the stars sometimes it is impossible to see, not to mention the appearance of the galaxy as a whole. In villages and small towns such problem is not observed, and the galaxy can be seen with the naked eye, without the use of telescopes.

Light pollution also greatly affects the photosynthesis in plants and metabolism in animals. Powerful light beams greatly affect global warming, as the scientist from Colorado. Street lighting makes a minor contribution to the problems of humanity, because its rays do not reach a great height, or is directed not upwards, and to the places where people often go.

According to statistics collected by Alvicom, scientists from the United States, globally, about 80% of the population live in cities with high light pollution, and in the United States, this problem is global: more than 98% of the population cannot see the milky Way. One of the most illuminated regions are Cairo, London, Beijing and Hong Kong, and the best situation is observed in Australia, Greenland and some African countries where the rays of lights in the evening almost not emit light.

But this is statistics just for this year, and in subsequent years at all the situation could become critical, so it is necessary to undertake the stabilization of the solar contamination to subsequent generations not only in the photo was known as galaxy looks like, but from my own experience, the researcher said.

Our galaxy is spiral-shaped in which the rolled sleeves of the night sky, including the Solar system.