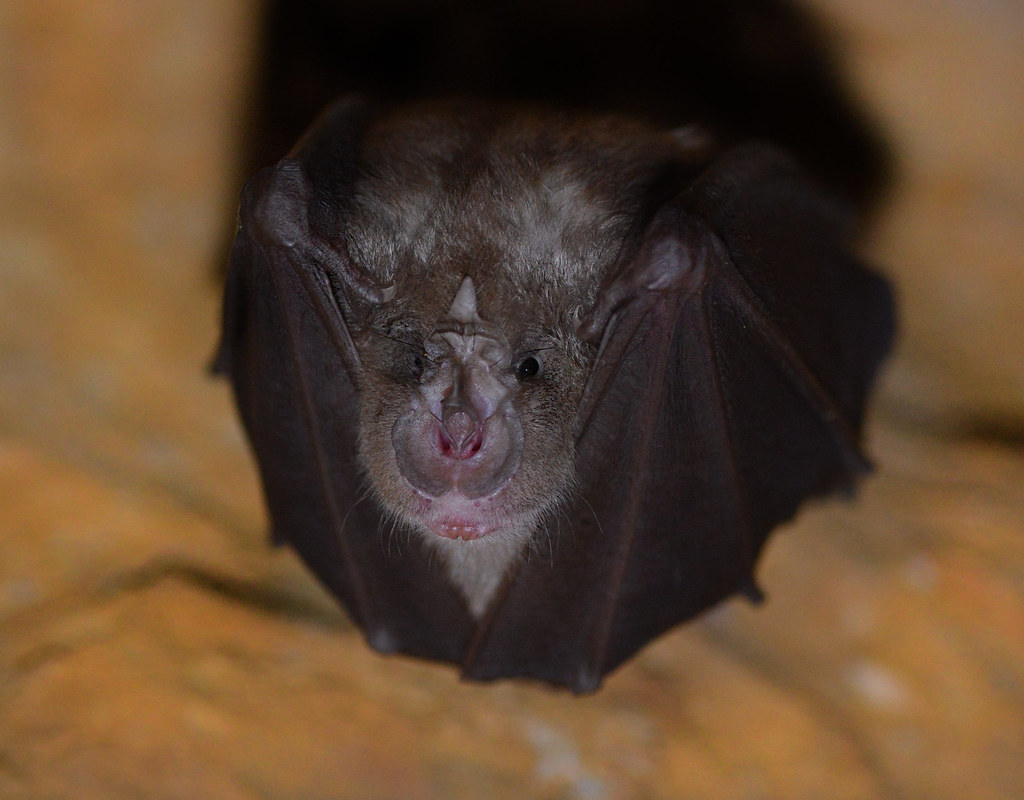 Scientists have discovered the new sarbekovirus RhGB01 after examining just 53 fecal samples from horseshoe bats, expanding the geographic and species ranges of coronaviruses like SARS-CoV and SARS-CoV-2. Presumably, they will be found throughout the entire range of the Rhinolophidae – from Australia and Japan to Europe and Africa.

More than a year later, the source of the current coronavirus outbreak is still unknown, despite thousands of studies, WHO reports, investigations and more. Horseshoe bats (Rhinolophus) are considered natural hosts for both SARS-CoV (severe acute respiratory syndrome that emerged in 2002) and our SARS-CoV-2, but no intermediate carrier that transmitted the virus to humans has been identified.

The range of bats covers most of the Old World, but the bulk of the samples were previously taken in East and Southeast Asia: about 50 SARS-related coronaviruses were found in ten species of bats, 48 ​​of which belong to nine different horseshoe bats. Phylogenetic analysis of the novel sarbecoviruses – that is, coronaviruses associated with SARS – horseshoe shaped in China showed that they are most closely related precisely to SARS-CoV and SARS-CoV-2.

Scientists from the University of East Anglia decided to supplement this data. The authors of the study, published yesterday in Scientific Reports, collected feces from dozens of small horseshoe-shaped animals in Somerset, Monmouthshire and Wales in August and September 2020. The animals were captured using traps or nets placed near roosts and in forests.

Feces were placed in individual sterile tubes containing RNAlater solution for RNA stabilization, cooled and stored frozen prior to analysis. The scientists then performed genome sequencing, which identified a previously unknown virus in one of 53 samples. It was named RhGB01. The virus contains 10 coding genes, while SARS-CoV and SARS-CoV-2 – 11 coding genes with the inclusion of the ORF8 protein.

“Phylogenesis of the spike protein and nucleotide sequences has shown that RhGB01 is combined into a monophyletic clade with BM48-31 / BGR / 2008, the Blasius horseshoe bat sarbecovirus (Rhinolophus blasii), discovered in 2008 in Bulgaria. <…> RhGB01 differs from the clades containing the pathogenic human beta-coronaviruses SARS-CoV and SARS-CoV-2, but more closely correlates with the coronavirus associated with severe acute respiratory syndrome, ”the scientists write.

The main receptor for the penetration of SARS-CoV and SARS-CoV-2 into the body remains the ACE2 enzyme, this opportunity is provided to it by the receptor-binding motif (RBM) within the receptor-binding domain (RBD) of the S-protein – it forms the envelope of the virus. The new RhGB01 shares 68% and 67% amino acid identity with RBD SARS-CoV and SARS-CoV-2, respectively, but only 43% and 48% similar to them in RBM. For comparison: the closest viruses associated with SARS-CoV-2, bats and pangolins have 89% and 86% coincidence with RBD SARS-CoV-2 and 75.77% with SARS-CoV. In addition, RhGB01 shows little similarity in RBM to Middle East Respiratory Syndrome Virus (MERS). However, it does not have an additional furin cleavage site at the junction of S1 and S2 proteins, which is specific for SARS-CoV-2.

“The low level of similarity, lack of contact residues and structural differences compared to the receptor-binding domain of SARS-CoV and SARS-CoV-2 most likely indicates a lack of ability to bind to ACE2. Therefore, RhGB01 is unlikely to be zoonotic if not mutated. But in vitro assays are required to experimentally confirm the lack of binding to ACE2 or other receptors in human cells and to determine the ability to bind to other mammalian ACE2 receptors, ”the study authors noted.

Although RhGB01 appears to have existed for thousands of years, scientists believe it is worth strengthening surveillance for coronaviruses in horseshoe bats throughout their range, as well as other species of bats. After all, both SARS-CoV and SARS-CoV-2, presumably, evolved as a result of mutation, homologous recombination (exchange of nucleotide sequences between two similar or identical chromosomes) and “passing” through at least one intermediate host.

That is, the virus-predecessor of the natural host received genetic adaptation, which made it possible to successfully infect people and transmit between us. And where there is a possibility of homologous recombination of sarbecoviruses through coinfection, there is a risk of new zoonoses.

“Any bat carrying an SARS-like virus can become a cauldron for mutations. And if a bats with RhGB01 becomes infected with SARS-CoV-2, there is a risk that these viruses will hybridize – and a new one will appear, which will already be able to infect humans, ”the researchers concluded.