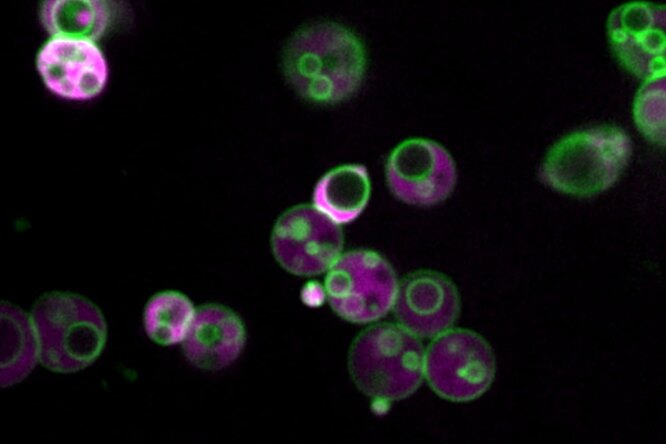 A group of researchers has published a paper describing the amazing structure inside the organelle, which has remained hidden in plain sight for decades.

We are used to thinking that our cells and their contents have been studied up and down. Well, nature is still capable of giving surprises to humans.

An organelle (a small part of a complex cellular machinery) is called a peroxisome. It is a vesicular membrane filled with a granular protein matrix. This is not the most important cellular apparatus when compared with mitochondria or the nucleus, but it is he who plays a key role in the destruction and synthesis of molecules.

It was inside the peroxisomes of plant cells that scientists discovered strange bubbles – previously it was believed that nothing like this could exist in organelles. The peroxisomes themselves float around the cells of all multicellular organisms, removing “reactive” oxygen-containing molecules and helping to break down fats. In humans and other mammals, they are only 0.1 micrometers – small enough to be difficult to see even under the most powerful microscope.

“Peroxisomes in yeast and mammalian cells have lower resolution than light microscopes. With fluorescence microscopy, you can only see a dot. This is the limit that light can reach, ”explains Rice University biochemist Zachary Wright.

While studying the Arabidopsis thaliana plant, he discovered unexpected structures within the peroxisome.

Arabidopsis, a type of water lettuce, has large and pronounced peroxisomes. In seedlings, they can reach 9-12 micrometers in length – this is enough to not only clearly distinguish them under a microscope, but also to look inside the organelles.

“The bright fluorescent proteins combined with the much larger peroxisomes in Arabidopsis made the research process easier. I studied the work of the 60s and found that these anomalous structures were already discovered then – just no one knew what they were dealing with, ”admitted Wright.

As you can see in the photo above, the team found that in addition to the normal membrane that science has known for a long time, there are also many other membranes known as vesicles inside the organelles. These vesicles (marked in green) float in the matrix (pink).

Vesicles are commonly used to transport molecules around a cell or within an organelle. They securely hold their load in a waterproof cocoon, preventing it from reacting with other parts of the cell.

Now scientists have to conduct additional research to confirm the presence of the same vesicles in human cells and understand what their role is. It is possible that we still have to learn many amazing things about our own body.