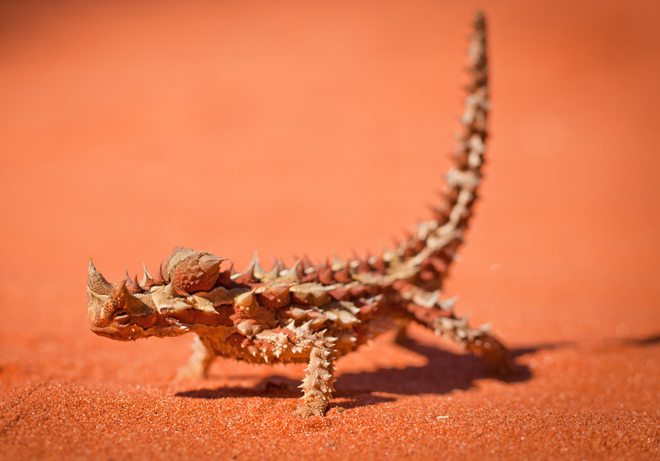 Scales of Moloch, or prickly devils — a scientific miracle. These animals can’t just pinch water from puddles or a drop as their mouth, including a jaw and language, is arranged so that to eat ants. Instead lizards use skin as a straw for drink.

Scientists studied ability of Moloch to absorb water more than 40 years. It has been noticed that Moloch buries in sand after a rain. Using models of leather of lizards, researchers have found out that, being under a sand layer, Moloch soaked up moisture through the capillary channels. Channels between scales on leather of animals attract moisture to their mouths, and lizards swallow water tiny drinks. Process is promoted by gravitation.

Self-burial in sand is optional to daily survival of lizards, but is irreplaceable during the long periods when it isn’t enough or not rainfall.