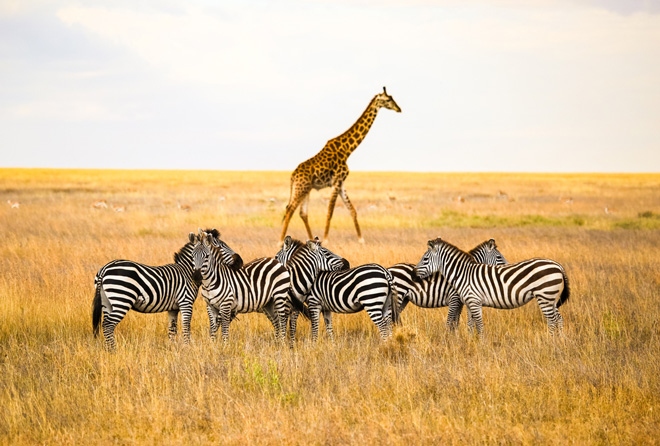 One-third of the world’s protected natural areas are degraded as a result of human activities. Countries designate protected areas on paper, but do not provide funding and compliance, scientists write.

The creation of protected natural areas was of great importance for the conservation of the world’s natural heritage. Since the ratification of the Convention on Biological Diversity in 1992, the area of ​​protected areas has doubled, and now they constitute almost 15% of the land and 8% of the oceans. However, according to a new study, the construction of roads and even cities, the installation of power lines, mining, logging and agriculture – all this continues in protected areas without restrictions.

“Six million square kilometers of land are subject to a level of human impact that harms the species that it is supposed to protect. Even rich countries with resources, allow heavy industry within their protected areas. This is very sad, “said research leader Professor James Watson of the University of Queensland and the Society for the Conservation of Wildlife in the BBC’s Science in Action program.

Researchers studied global maps of “human pressure” for almost 50,000 protected areas. According to the results, almost 33% of the world’s protected areas are heavily influenced by human activities, especially in densely populated areas of Asia, Europe and Africa. And only 10% of the analyzed areas were completely free from human pressure: they are lands in high latitudes of Russia and Canada.

“Virtually no one controls the fulfillment of obligations. Studies like this should remind countries of responsibility, because now none of them demonstrate proper behavior, “says Watson.

“When it comes to the natural heritage, we do not have time. Thirty percent of the species will disappear in the next 50 years, if we do not protect nature properly. ”