Purify the water from oil contamination will help reusable sponge 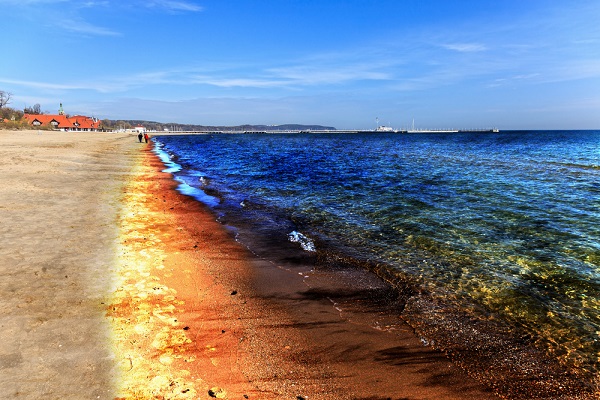 Every oil spill, both on land and on the high seas, is an ecological catastrophe. The consequences of such events have to be eliminated by ecosystems over the years. In this case, the elimination of spills in water is reduced to the collection of the thickest surface layer of oil. The stain is mostly burned, collected with a variety of absorbent materials and treated with chemicals, but trails in the water column remain inaccessible.

In 2010, the explosion on the American oil platform Deepwater Horizon in the Gulf of Mexico led to the largest oil spill in history. And the only positive result of this catastrophe was that scientists around the world engaged in the development of new methods to combat oil spills.

To solve this problem, researchers from the Argonne National Laboratory created a spongy material that not only absorbs oil products 90 times its own weight, but can also be used many times. In addition, it is important that the new sponge is able to collect oil not only from the surface, but also from deeper layers of water.

The basis of the product, called Oleo Sponge (oil sponge), is a widespread polyurethane foam. This foam contains numerous cavities, but in a normal state it absorbs both water and oil equally, which reduces its effectiveness in spill response. Scientists have modified polyurethane foam using a two-step chemical process. First, scientists applied a thin layer of metal oxide to the inner surface of the sponge, which played the role of a kind of glue for the second layer. Scientists besieged him with special oleophilic molecules that are capable of capturing hydrocarbons, of which oil consists.

Tests of miracle sponges in giant pools with sea water have shown that it perfectly collects spilled diesel and crude oil from the surface and from under the water.