Pythons can improve digestion by “increasing” the organs 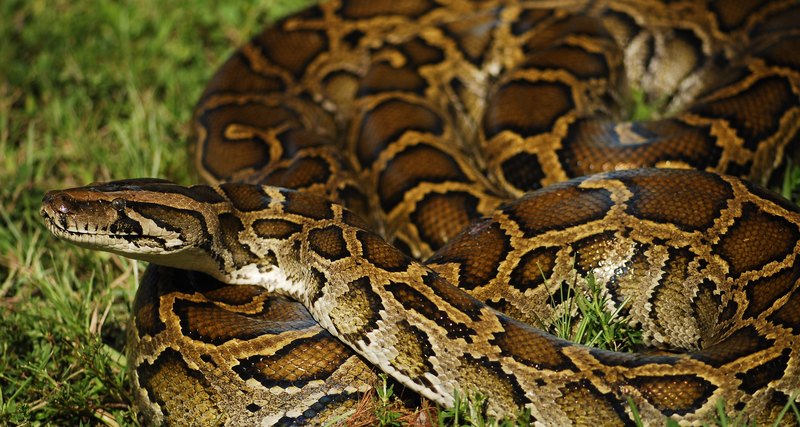 It is known that dark tiger pythons prefer large prey. After feeding, the internal organs of snakes increase by 40-100%. American biologists have tried to find out how this is possible.

American researchers have found out how a dark tiger python can increase its internal organs to a huge size immediately after eating. Biologists have identified several sets of genes that affect the change in the structure of the animal’s internal organs.

Dark tiger python – one of the largest representatives of the suborder of snakes, it can reach a length of 4 cm. Basically, these pythons are found in the forests of India and Indonesia, but they can also be found in the wild nature of Florida (USA), where they were introduced by animal traffickers and are now considered invasive species.

These pythons can feed on birds and small reptiles, but prefer large mammals, for example, adult deer, alligators and livestock. In addition, snakes can fast for a long time, using simple mechanisms to save energy: their metabolic and physiological processes stop, and internal organs shrink in size.

However, within 48 hours after the python has swallowed prey, the size and function of its internal organs increase dramatically in order to “start” the process of digestion. In this case, the mass of the main organs, such as the heart, liver, kidney and intestine, can be increased by 40-100%.

During previous studies, biologists have already discovered thousands of genes associated with the process of regeneration in pythons. But the researchers could not understand how these genes are involved in restoring the organs after feeding the animals.

Researchers began to study the process of gene expression in hungry and well-fed individuals. They organized the genomes of animals in three states (hungry, the day after eating, 4 days after eating) and identified 1700 genes that behaved differently before and after nutrition.

Then the researchers conducted a statistical analysis to determine which of the genes “push” the internal organs of the python to change in size. They identified several sets of genes (such as mTOR, PPAR / LXR / RXR and NRF2), which encoded proteins that activate tissue-specific signals. These signals and lead to the growth of the heart, liver, kidneys and intestines.

According to the authors of the study, the results obtained can help in the treatment of people from diseases that have a strong effect on different internal organs.