Quantum particles are connected through wormholes of space-time 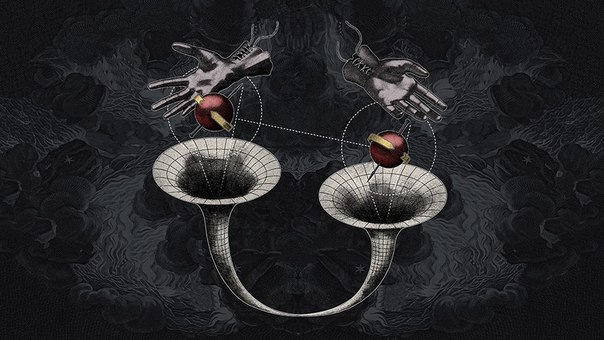 A hundred years ago after the development of Einstein’s General theory of relativity, physicists are still unable to deal with perhaps one of the most challenging problems of incompatibility in the universe.

Einstein described the landscape of space-time is like a picture of Salvador Dali – smooth, seamless, without gaps, geometric. But a quantum particle, space-filling, more like a creation of Georges-Pierre Seurat – point, discrete, described by probabilities. The basics of these two descriptions contradict each other.

However, the new idea assumes that quantum correlations different points of impressionist paintings create landscapes not only Given, but also a canvas onto which they are applied – and also three-dimensional space around them. Einstein, as it often happens with him, is in the center of it all, still expanding of our theories upside down.Description new ideas, ER = EPR – like initials carved in a tree. This Association of the two ideas proposed by Einstein in 1935. One is the Einstein – Rosen-Podolski (EPR), “spooky action at a distance” between two elementary particles (spooky action at a distance).

Second – the link of two black holes through wormholes (the bridge of Einstein-Rosen ER). At the time of birth of these ideas between them does not arise in connection. The EPR paradox has even hit the pages of Newspapers. But what if we accept that these two ideas are manifestations of one and the same? Then this communication will be the basis of all space-time.

Quantum entanglement, which so bothered Einstein, is a manifestation of spatial relations, linking space, says Leonard Susskind, a physicist at Stanford University and one of authors of idea. Without such links, the space would be broken up into “atoms,” according to Juan Maldacena, physics from Princeton Institute for advanced study, co-author of the idea. “In other words, solid and reliable structure of space-time is only possible thanks to the invisible entanglements,” he says.

Moreover, the conjecture ER = EPR may shed light on the relation of gravity and quantum mechanics.Of course, not everyone like this idea (and in the opinion of Suskind and should not – it is still in its infancy). Joe Polchinski, a researcher from the University of California at Santa Barbara, cautious in their assessments, but interested: “I don’t know where it all goes, but it looks quite interesting.”

The road that led to ER = EPR itself like a Mobius strip, turning in on itself, and Recalling the drawings of Escher. You can start with quantum entanglement. If two particles are entangled, they become two parts of one whole. What happens to one happens to the other regardless of the distance between them.

Juan Maldacena explains this with the example of a pair of gloves: if you find the right one, you immediately know that the other will be left. There is nothing frightening. But in quantum mechanics gloves from both the left and the right (and all intermediate versions) until you hold monitor of one of them. What’s weirder – the left glove becomes a left until you find the right one – and at this point they both find their properties.

The confusion is closely linked with the discovery of Stephen Hawking from 1974 to the fact that black holes evaporate. In the space appear constantly pairs of virtual particles of matter and antimatter. Hawking realized that if one particle falls into the black hole and the other escapes from it, the hole will emit radiation. After a sufficient amount of time the hole will disappear, which raises the question about the information disappearing along with it.But the laws of the quantum world prohibit the destruction of information. So the question arises – whether the information trapped in a black hole, just encrypted, or is it really gone?

Disputes on this issue led to the so-called “war of black holes”.In the end, Suskind understand that all information that fell into the hole, gets trapped its two-dimensional event horizon. And everything stored in it like in the hologram. It’s as if bits of information needed to reconstruct your home and all its contents, would be placed on his walls. Information is not lost – it is encrypted and stored outside of access.

Continuing work on the idea, Susskind and Maldacena began to use holography not only for understanding black holes, but any piece of space that can be described by its boundaries. Over the past ten years this crazy idea that space is a hologram, have become everyday, tool physicists used everywhere, from cosmology to ultra-dense matter. “One of those events that occur with scientific ideas, is that they are from a crazy idea to go good idea, and then to a working tool, says Suskind. It has become a chore”.

Holography has been associated with what is happening on the borders of the objects, including the event horizon of a black hole. The question remains – what is going on inside. Since no information can leave the interior of the event horizon, the laws of physics prohibit direct inspection of the innards of a black hole.Then, in 2012, physics, Almari, Marolf, Polchinski and Sally – all from Santa Barbara, came to this strange conclusion that it was possible to say – wait a minute. We don’t know anything.T.N. work AMPS (for the initials of the authors) says that black holes may not need to be gut, because the “wall of fire” on the event horizon will destroy all that try to uncover their secrets.

The essence of the work as follows: if the event horizon of a black hole – smooth and ordinary place as predicted (the authors call this condition “no drama”), the particles emitted from the black hole must be entangled with particles falling into the hole. But in order not to lose information, the particles emitted from the hole must also be entangled with those that have long since left the hole and now scattered somewhere around the Hawking radiation. It turns out, we have too many entanglements.

Confusion can exist between the three particles at the same time — only for each pair of particles. “Polygamist” in the quantum world is impossible, and so, in the “crater” of a black hole cannot exist smooth and extended space-time. Breaking the entanglement on the horizon means that there is a space boundary – wall of fire. Stephen shenker, a physicist from Stanford, called the work AMPS “trigger”.

Physicists love such paradoxes – they are a fertile ground for discovery.Suskind and Maldacena immediately jumped at the idea. They worked on their entanglements and wormholes, inspired by the work of Mark van Raamsdonk, a physicist from the University of British Columbia in Vancouver. He made an important thought experiment, suggesting that complexity and space-time is strongly linked. “Once,” says Suskind, Juan sent me a cryptic message containing the equation ER = EPR. I immediately understood what he meant, and we began to discuss the idea.”

They presented their thoughts in the work of the 2013 “Cool horizons for entangled black holes”, describing the confusion, which overlooked authors AMPS – the one that binds the space together. AMPS suggested that part of the space inside and outside the event horizon are independent. But Suskind and Maldacena believe that the particles on either side of the border can be connected through a wormhole, and it can resolve the paradox.

A picture from work, some jokingly called “the octopus” – a lot of wormholes are coming from the innards of black holes to the Hawking radiation outside. In other words, no need to create confusion, creating irregularities in the smooth surface of the crater a black hole. The particles within it will be directly connected to the particles on the outside which has long flew away. It is not necessary to go through the horizon. The inner and outer particles are one, as explained Maldacena. Octopus brings together the insides of a black hole with particles from a cloud of Hawking radiation.

While there is no assurance that ER = EPR solve the problem of fire wall. John Presqu’île, a physicist from the California Institute of technology, recalls that sometimes physics rely on your nose to “sniff out” promising theory. And at first “nose” the theory of ER = EPR “can smell fresh and nice, but she still has to ripen on the shelf”.

However, Schenker argues that the correspondence between the entanglement of the particles and the geometry of smoothly curved space-time is a great thing. This allowed him and his colleague of the Institute for prospective researchers to work with complex problems of quantum chaos in such a way that, says shenker, “a simple geometry was clear even to me.”ER = EPR does not describe any part of any space or any confusion.

It is suitable to the particular entanglement and special wormholes. Marolf, who recently published a paper describing a wormhole with more than two ends, believes that physicists aware of these limitations. ER = EPR works in special cases, but AMPS claims that fire wall is a much broader task. Marolf and others worried that ER = EPR will change the standard quantum mechanics.

“There is a feeling that this thing only understand Lennie and Juan says Marolf. But still, an interesting time for science, we work.”