Questioning the inevitability of aging 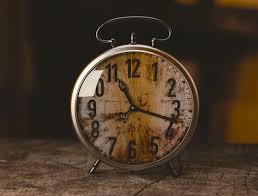 We stand by our claim that aging is inevitable in multicellular organisms. However, our model of somatic evolution uses sign arguments and so does not inform the rate of aging nor the extent to which aging can be delayed.

While we use the term “somatic mutation,” we explicitly define this to include any change in cell phenotype that can be inherited by daughter cells or persist through time.

This includes many of the phenomena listed by the authors (1), such as telomere shortening, apoptosis dysregulation, and senescent cell accumulation, which are explicitly discussed in our paper (2).

To assert that our model bears little resemblance to aging in humans is to assert that cellular changes are unimportant to human aging; this is clearly not the case as the authors themselves have stated. While we cannot speak to the entirety of the press and their sensationalist proclivities, the headline that the authors have chosen to disagree with, “It’s mathematically impossible to beat aging, scientists say” (1), is, in fact, correct.

While we do not address whether aging can be slowed, we show that aging is impossible to stop and is therefore impossible to “beat.”

Our model should not be taken as a rebuke of those seeking to delay aging or treat its symptoms. Far from it, we hope that our results will inform the study of aging. Our model points to intercellular competition as an important factor in the progression versus delaying of both aging and cancer.

Furthermore, it shows that senescence and cancer are intertwined, and the study of one may illuminate the other. The only industry our study discredits is the industry of selling the idea of ending aging per se, rather than developing treatments to delay or help ameliorate it. 1