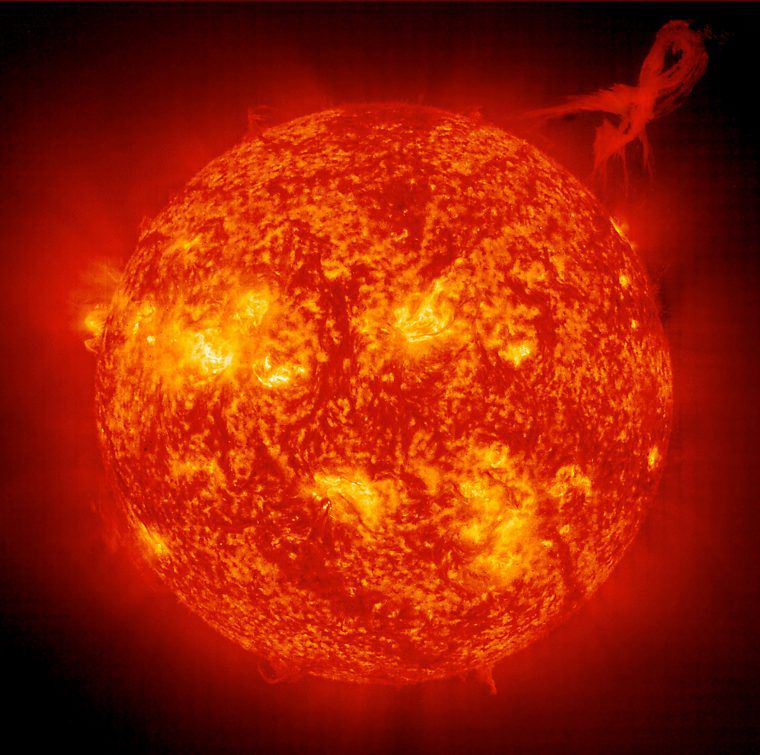 High-energy, ultraviolet radiation coming from the Sun is known to pose a threat to all life on our planet, however this energy, radiated by our star, played an important role in the development of life on Earth.

Before life appeared on the Earth, the radiation coming from the Sun was the main source of energy on our planet, just like today. In this poorly oxygenated, prebiotic world, solar energy could give impetus to the transformation of simple organic molecules into more complex compounds that could later be used as “building blocks” for biological molecules and living organisms.

A new paper, published by two authors from the University of Colorado in Boulder, USA, assesses the role of UV radiation in the formation of prebiotic molecules on the basis of an analysis of literature on this topic.

The lack of oxygen in the atmosphere of the early Earth also implies a lack of ozone, which is a natural filter that delays the UV radiation coming from the Sun. Therefore, in the early Earth, UV radiation played a much larger role than today. Particular interest in the authors of the article was caused by a group of compounds called oxo acids. A typical example of an oxo acid is pyruvic acid. When dissolved in water with subsequent exposure to UV radiation, pyruvic acid is transformed with an increased yield into larger molecules under conditions of low partial pressure of oxygen in the atmosphere.

By the type of transformation of pyruvic acid, the coalescence of molecules of another oxo acid, 2-oxo-octanoic acid, is of particular interest, since it is an example of a simple lipid and is probably associated with prebiotic molecules. As a result of the dimerization of 2-oxo-octanoic acid, dihexyl tartaric acid is formed, which is a compound with two alkyl chains and closely resembles the lipids that make up the cell, which also have two alkyl “tail”. Dihexyl tartaric acid almost does not absorb in the UV region, therefore it is a compound relatively stable under irradiation conditions to further transformations.