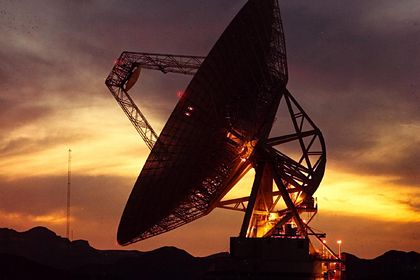 Scientists at McGill University in Canada have obtained new data that convincingly prove that a special type of neutron stars – magnetars – are the sources of some fast radio bursts (FRBs). Radio bursts are bursts of radio emission of unknown origin, which last for a fraction of a second, but accompany the release of huge amounts of energy. This was announced in a press release on EurekAlert !.

Astronomers have discovered an unusually intense radio burst emanating from a magnetar located in the Milky Way. The intensity of the burst of radio emission was three thousand times greater than that of any magnetar measured so far. The researchers calculated that such an outburst, if it had occurred in another galaxy, would not differ from some FRBs, which confirms the version that powerful radio flares are generated by neutron stars with extremely powerful magnetic fields.

However, it remains unclear whether magnetars are responsible for the origin of all FRBs. Some of the radio flares are too intense, but scientists believe they could be generated by younger, more active magnetars.

A fast radio pulse lasts a few milliseconds and is accompanied by the release of a huge amount of energy into space – such as the sun has been emitting for several tens of thousands of years. Most researchers assume that this phenomenon has natural causes, for example, supernova explosions, collisions of neutron stars, active black holes or magnetars. However, there is an exotic hypothesis linking FRB to technologically advanced civilizations.