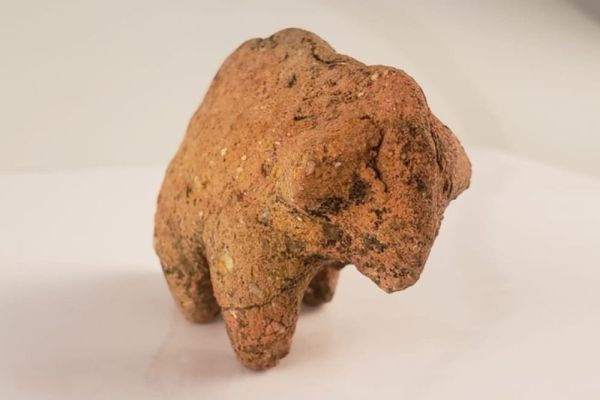 During excavations in the ancient city of Bechin in southwestern Turkey, Turkish archaeologists have discovered toys from the Roman era, testifying to the vibrant lifestyle in this settlement.

According to the Daily Sabah, the finds were made in the Milas area in the southwestern province of Mugla. Archaeologists have been carrying out excavations for many years in the city of Bechin, which is about 5,000 years old.

However, the artifacts discovered during the current field season turned out to be much younger. They belong to the Roman era, that is, their age is about 2000 years. Accurate dating remains to be done.

The find is not unique, but it is quite rare. There are not so many toys from the Roman era around the world. In this case, several such artifacts fell into the hands of archaeologists at once. These are mainly clay toys.

The items have been partially preserved. For example, one of the toys depicts an animal, but which one is still difficult to say. Additional research will be required for identification.

By the way, the already rich collection of items found in Bechin was replenished not only with toys. Archaeologists report that they managed to unearth many rings, bracelets and necklaces, as well as coins from the Hellenistic, Ottoman, Roman and Byzantine periods.

By the way, the town of Bechin in 2012 was included in the preliminary list of UNESCO World Heritage Sites. The found artifacts will be transferred to the museum. According to the head of the excavation, Kadir Pektash, all these findings shed new light on the socio-economic and cultural life of that era.

“We found mainly sculptural toys made with strongly pronounced dense figures of animals,” said Kadir Pektash. “Most of them date back to the Roman era. These items testify to the rich and vibrant socio-cultural life of that period.”

According to him, excavations will last until the end of the year. Earlier, Turkish archaeologists during excavations of the Amida mound in the historical district of Sur, which is often called the heart of the southeastern province of Diyarbakir, discovered Roman water canals and a heating system, which are estimated to be 1,800 years old.