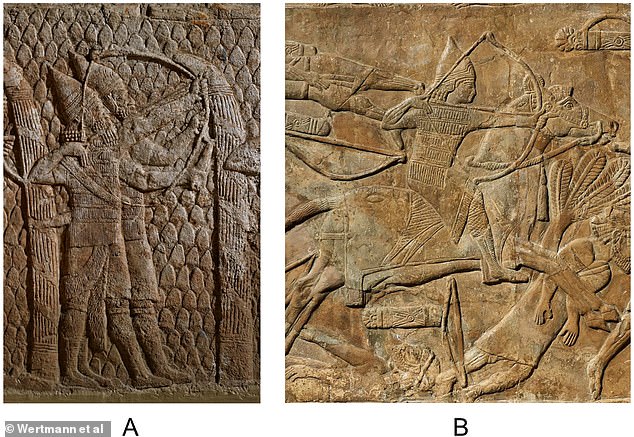 A rare ‘bionic’ armour was discovered in the tomb of a horse rider in northwest China, according to a new study.

Researchers say the ‘light and highly efficient defensive garment’ was constructed with small inter-lapping pieces of leather that resemble ‘the scales of fish’.

Due to its fish-like design, the armour shows an early example of ‘bionics’ – the construction of artificial systems that borrow characteristics of living things.

It was found in the tomb of an approximately 30-year-old male at the Yanghai graveyard archaeological site near the modern-day city of Turfan in Xinjiang, China.

Design and construction details of the armour indicate that it originated in the Neo-Assyrian Empire – part of the modern-day Middle East – between the 6th and 8th century BC before being brought to China.

Experts say the priceless find provides new insights on the spread of military technology during the first millennium BC.

Using scaled leather would have provided extra protection against enemy blows without significantly increasing its weight.

The armour was found in 2013, but scientists are only just reporting its discovery in a new paper, following analysis led by Patrick Wertmann at the University of Zurich’s Institute of Asian and Oriental Studies, who said the armour was ‘professionally produced in large numbers’.

‘It is a light, highly efficient one-size-fits-all defensive garment for soldiers of a mass army,’ he told Live Science.

‘There is no other scale armour from this or an earlier period in China. In eastern China, armour fragments have been found, but of a different style.’ 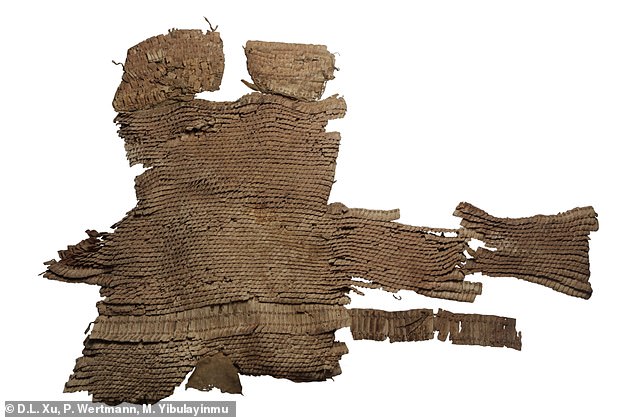 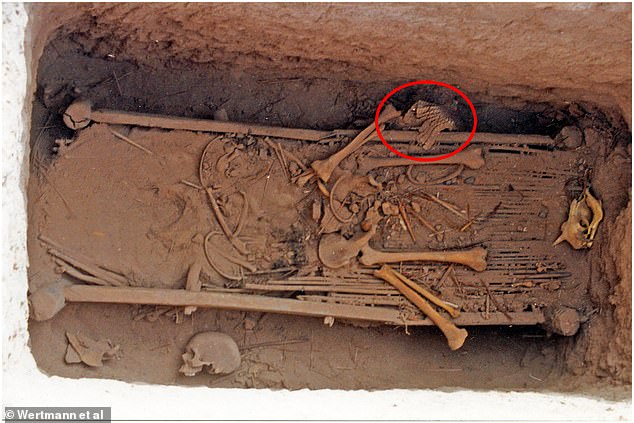 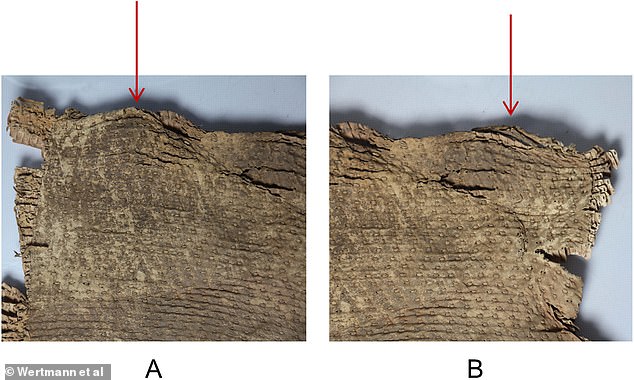 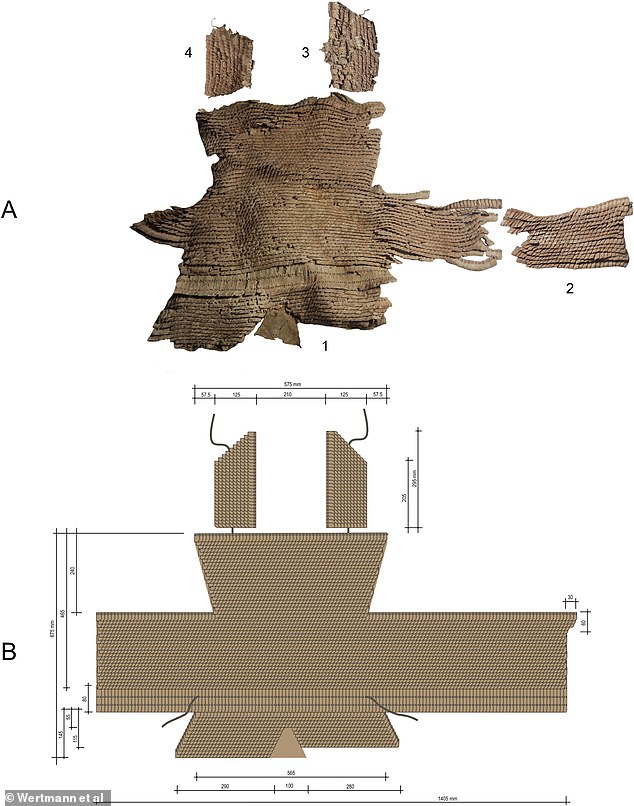 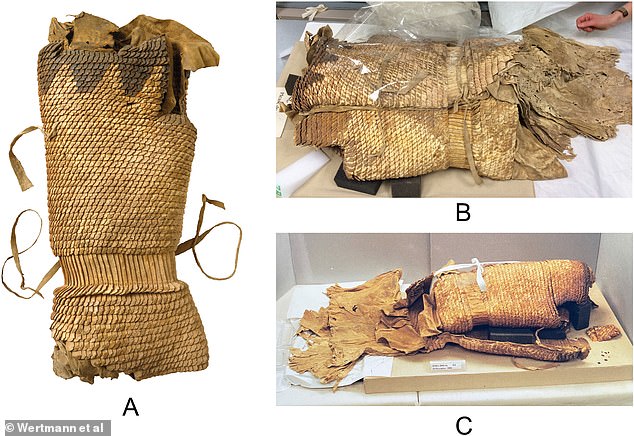 The ‘unprecedented find’ survived 2,500 years before being found in good condition thanks to Yanghai’s extremely arid climate.

Also in the man’s tomb was pottery, two-horse cheekpieces made from horn and wood and the skull of a sheep.

‘The horse cheek pieces which were found in the burial may indicate that the tomb owner was indeed a horseman,’ said Wertmann.

‘It seems the perfect outfit for both mounted fighters and foot soldiers, who have to move rapidly and rely on their own strength.’

The researchers used radiocarbon dating to determine the age of the armour to between 786 and 543 BC.

It was originally made of about 5,444 smaller scales and 140 larger scales, which together with leather laces and lining weighed between 4-5kg.

The armour resembles a waistcoat that protects the front of the torso, hips, the sides and the lower back of the body.

It could be donned quickly without the help of another person, much like an apron, and fit people of different statures, researchers report.

Scale armours protect the vital organs of fighters like an extra layer of skin without restricting their mobility.

The armours were made of small shield-shaped plates arranged in horizontal rows and sewn onto a backing.

Due to the costly materials and laborious manufacturing process, armours were very precious, and wearing them was considered a privilege of the elite.

However, it was rare for them to be buried with the owner, the researchers say.

It is unclear whether the Yanghai armour belonged to a foreign soldier working for the Assyrian forces who brought it back home with him, or whether the armour was captured from someone else who had been to the region.

‘Even though we can’t trace the exact path of the scale armour from Assyria to Northwest China, the find is one of the rare actual proofs of West-East technology transfer across the Eurasian continent during the early first millennium BC,’ said Wertmann.

With the increasing use of chariots in Middle Eastern warfare, a special armour for horsemen was developed from the 9th century BC.

These armours later became part of the standardised equipment of military forces of the Neo-Assyrian Empire, which extended from parts of present-day Iraq to Iran, Syria, Turkey and Egypt.

Although this armour has no direct parallel in the whole of Northwest China, there are some stylistic and functional similarities to a second contemporary armour of unknown origin held by New York’s Metropolitan Museum of Art.

It is possible that the two armours were intended as outfits for distinct units – the Yanghai armour for cavalry and the armour in the Met for infantry.

Leather scale armour has also been verified previously from the legendary tomb of Tutankhamun in Egypt.

The study has been published in Quaternary International.