Rare diamond with alien ice inside 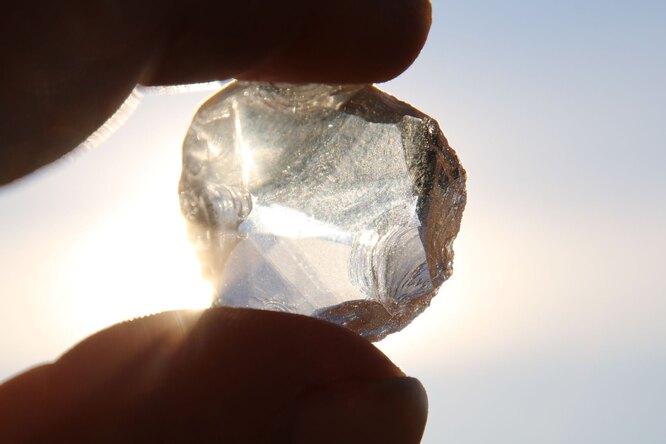 A team of researchers led by Oliver Schauner, a professor of geosciences at the University of Nevada, has found for the first time on Earth a superdense form of ice known as Ice VII. It is known that such ice forms in space, and, most likely, a lot of it can be found on Europe, but on Earth it was created exclusively in laboratory conditions. An article about the find of Schauner and his colleagues was published in the journal Science.

What we know as ice is just one of the chemical structures that frozen water can accept. The most common ice that can be added to a drink, for example, is ice-I, in which water molecules are organized in a hexagonal shape. But as the water contracts, the molecules begin to take on a different shape. Ice-VII has a cubic molecular shape and is twice as dense as regular ice.

Researchers stumbled upon it by accident, inside a diamond found deep in the Earth’s mantle, somewhere 644 km beneath the crust. The mantle not only puts enormous pressure on materials, it is also very hot, so the ice is there. naturally not formed. In extremely rare cases, when diamonds travel through it closer to the surface, they retain their lattice structure, and the water inside them is exposed to temperatures low enough to form ice-VII from it.

When scientists X-rayed the diamond to analyze the carbon dioxide inclusions, they found that they were actually ice-VII. This phenomenon was first recorded in completely natural conditions on Earth.