Rare gorillas can get coronavirus 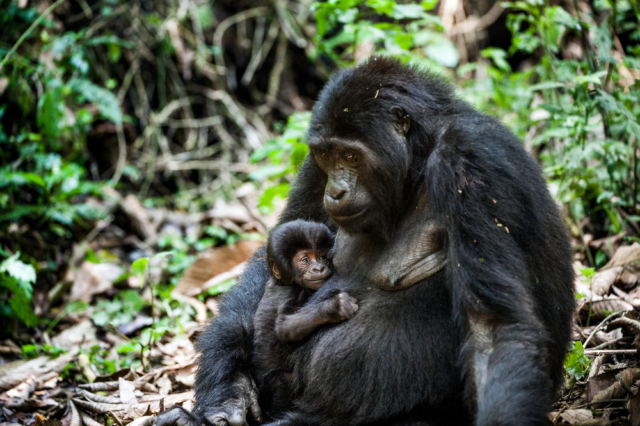 Mountain gorillas (Gorilla beringei beringei) as well as humans are threatened by coronavirus.

This species is threatened with extinction: the total number is only about 1000 individuals living in a small area, including national parks in the Great Rift Valley in eastern Central Africa.

These gorillas can have human respiratory illnesses. Because of the pandemic, the national parks of Congo and Rwanda were forced to block access for visitors. Uganda refrained from such a measure, but only because, according to Bashir Hangi, an employee of the Uganda Wildlife Protection Agency, there are still no tourists due to the tourism industry crisis and pandemic. Nevertheless, Uganda imposed restrictions on visiting national parks: tourists who still want to look at the gorillas will have to document the quarantine that has been completed for two weeks after entering the country. But even in this case, it will be impossible to approach the gorillas closer than 7 meters, it will also be necessary to use protective masks. At the same time, employees of national parks note a frequent violation of the rule of 7 meters, in most cases by people, but sometimes because of the curiosity of the animals themselves.