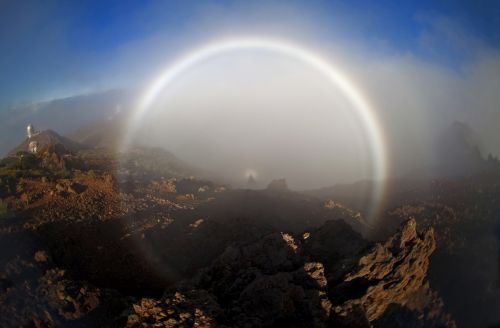 All know that in sunny day after a rain in the sky the multi-colored rainbow appears. However where the earth is boggy and constantly the foggy haze is groundless, it is possible to observe sometimes and absolutely other type of a rainbow, absolutely white color. But why it occurs? Let’s learn.

Recently Melvin Nicholson, the photographer from Great Britain has come across the snow-white rainbow which has hanged over the boggy Scottish plain Rannokh-Moscow criminal investigation department. As he reports in ABC News interview, “When the sun has risen and fog has dissipated, I have seen a dazzling nimbus in the sky. Similar I didn’t see anything for those 10 years yet that I am engaged in the photo of landscapes worldwide”.

White rainbows which are most often similar to the usual, but decoloured rainbow appear thanks to fog, rather thin that through it there could pass a visible part of a range of a sunlight. Often at the same time the observer can see a red or blue shade at the edges while the center remains pure. Why so? All the matter is that any rainbow appears after light falls on the water drops hanging in the atmosphere. “It is fog drops which it is much less, than usual rain drops”, Brian Jackson, the meteorologist from National meteorological service explains. The rainbow is formed thanks to the fact that these drops refract rays of light, dividing a beam into different colors of a range. The part of the world is reflected from a back wall of a drop in the direction of our look therefore we also see various colors. 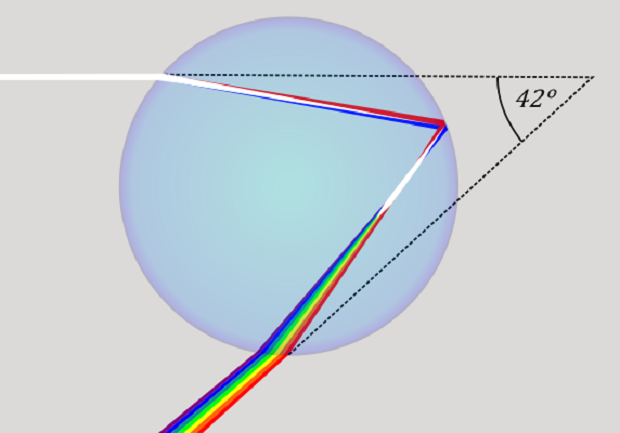 Beams of a violet range are bent most strongly, and red are left practically without changes. It means that the beams of red light which are under more acute angle to the earth and refracted by the most top layer of fog have most of all chances to get to you into eyes. Therefore red always is from outer side of iridescent strips. The arc-shaped form of a rainbow are the investigation of what under such corner of people sees most of all beams too. But in a case with foggy rainbows, colors are just washed away. The drop of fog is about 100 times less rain, and therefore the most part of light is scattered or refracts, but only a small part remains in a visible range. “Because of the small size of drops, light waves spend in them not enough time and don’t manage to refract completely”, Jackson says. Thus, in most cases colors block each other why the white luminescence appears.