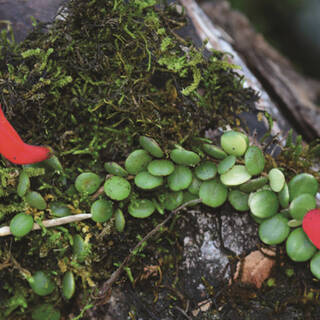 The flower was originally described by the British botanist Stephen Dunn in 1912. Then it was classified according to the criteria of the International Union for Conservation of Nature as “disappearing”. This representative of the local flora was again noticed in December 2021. At the same time, the researchers took a sample for study, after which they confirmed that it was indeed Aeschynanthus monetaria Dunn.

This plant is popularly called “lipstick” because of the similarity of the flower with this female cosmetic product. The Indian specimen is distinguished by fleshy, rounded leaves with a green color at the top and purple-green at the bottom. Aeschynanthus monetaria Dunn grows in moist evergreen forests at an altitude of 543 to 1134 meters, the flowering and fruiting period falls on October-January.