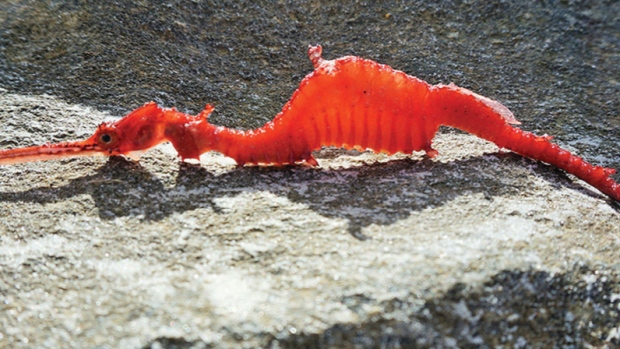 Scientists took video of the new representative of family of a needle fish – the ruby sea dragon.

First new species of sea dragon found in 2015, but then the researchers came to the conclusion about its existence in the exhibit from the Australian Museum. Then scientists decoded DNA taken from was found from 1919 to 2007 samples. Now received the actual confirmation of their existence.

Scientists suggest that ruby dragons live at depths greater than 50 meters, and bright red color helps them to camouflage in the water column.