Re-tsunami in Indonesia can destroy the last Javanese rhinos 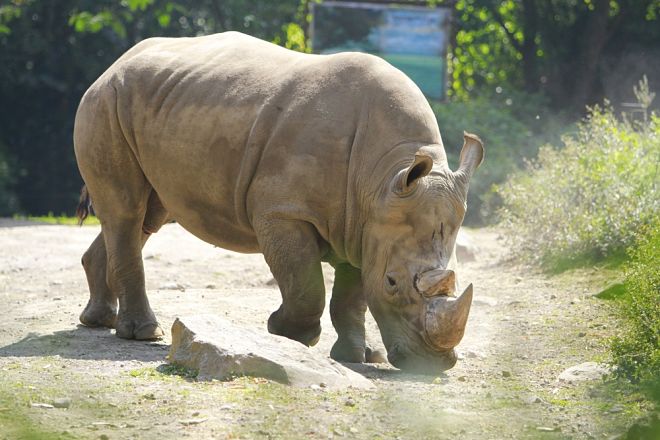 Once Javanese rhinos (lat. Rhinoceros sondaicus) wandered through the jungles of Southeast Asia and India, but today only 67 species of the species remain in the Indonesian Ujung Kulon National Park, which suffered from a tsunami last weekend.

Conservationists have warned that the endangered species can be completely destroyed if a tsunami hits Indonesia again.

The park is located near the volcano Anak-Krakatau, which caused waves that killed hundreds of people. Two of the park’s employees were among the 430 tsunami victims. Numerous buildings and ships on its territory were also destroyed by giant waves. But the remaining Javanese rhinos in the park – the only ones in the world – did not suffer, as they are usually concentrated along the southern coast of the park, and the tsunami hit the north. However, in case of a repetition of the disaster, the rhinos may not be lucky.

The Javan rhinos are the most vulnerable of the five rhino species in the world and include the IUCN Red List as Endangered. The main causes of species depletion are poaching and habitat destruction as a result of agriculture and other factors.

The authorities say that the volcano is still active, and they propose to transport the rhinos to a new place in order to save them from death. But there are a number of problems with movement: in a new place with an area of ​​at least 5,000 hectares there should be more than 200 types of plants with which they feed, abundant water reserves, an ideal type of soil, a year-round moist climate and no risks associated with human activity.