Reality is a matter of personal choice 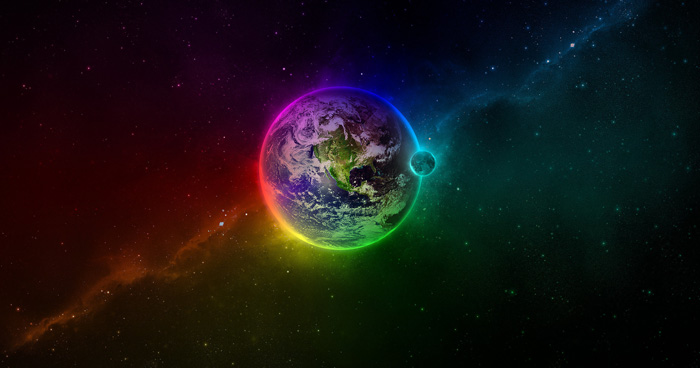 An unusual space experiment confirmed that, as claimed by quantum mechanics, reality is what the person himself chose. Physicists have long known that a quantum of light (photon) will behave like a wave and as a particle, depending on which scientists measure it. Now, successfully reflecting the photon from the orbiting satellite, the research team confirmed that the observer can solve this problem even when the light quantum has already passed through the “decision point”. According to scientists, such experiments with deferred elections in the future will allow us to explore the boundaries between quantum theory and the theory of relativity.

Such an experiment was already conducted in the laboratory, but this time the researchers proved that the nature of the photon remains uncertain even if the particle has to travel thousands of kilometers. Philippe Grangi, a physicist from the Institute of Optics in Paleso, France, who in the past was involved in a laboratory experiment, claims that such experiments are great for “the implementation of quantum physics in space.”

So what is the essence of experience? Recall that a photon can exhibit properties or particles, or waves, depending on which method of measurement scientists prefer. In the late 1970s, the famous theoretician John Archibald Wheeler realized that experimenters can defer their choice until the photon almost completely passes through a device tuned to emphasize one or another property of the particle. This shows that the behavior of the photon in this case is not predetermined. To test his hypothesis, Wheeler suggested by passing a single photon through a so-called Mach-Zehnder interferometer, emphasizing the wave nature of light. Thanks to the mirror “beam splitter”, the device divides the quantum wave of the incoming light stream into two parts and directs them along two different paths. After this, the second splitter recombines the waves, which causes an interference state and activates the two detectors. Which detector will catch the signal first depends on the difference in the lengths of the two light streams – the expected behavior for the interfering waves.

But what if the second separator is simply removed from the system? In this case, the light ceases to manifest the properties of the wave: the first separator simply sends the photon in one direction or another, like an ordinary particle. And since these paths intersect where there used to be a second separator, the detectors will work with the same probability, regardless of the length of the path traveled by the photon. Wheeler also suggests removing the second part of the device after the first splits the light stream. This sounds strange, because it creates a paradox: the decision taken in the present tense (to remove or not to remove the second separator) determines the event of the past (whether the photon splits like a wave or traverses one trajectory as a particle). Modern quantum theory avoids commenting on this, suggesting that until the very fact of measurement, the photon remains both a particle and a wave.

A new team of researchers led by Francesco Vedovato and Paolo Villoresi from the University of Padua in Italy conducted their version of the experiment using a 1.5-meter telescope at the Matera Laser Observatory in southern Italy. The idea was to send photons into space, after which they will be reflected from the satellite. The point is that, as Villoresi notes, at such great distances, physicists can not carry light in two perfectly parallel ways: the rays expanding in space will inevitably merge and overlap each other. Instead, they pass the photon through a Mach-Zehnder interferometer on the Earth, tuned to a different output path. The difference between the pulses is 3.5 nanoseconds, and the telescope itself emits flying particles into the sky.

As soon as the impulses are reflected from the satellite and return to our planet, physicists again pass it through the interferometer. The device can note either the time shift (which means that the pulses have overlapped each other and the photon behaved like a wave), or its absence (that is, the photons behave like particles). When the pulses leave the device for the first time, they have different polarizations. To mark the shift in time, physicists must first conduct a very fast electronic repolarization, and to prove its absence, it is enough simply not to conduct any manipulations.

As a result, everything went the same way as in the laboratory. When photons were influenced by scientists, the quanta of light behaved like waves; when they were left alone – like particles. Thus, the physicists themselves solved the nature of light after (!) How it will be reflected from the satellite and will be halfway back, as described in the pages of the journal Science Advances.

In fact, physicists have managed to prove that measuring in the present can significantly affect the past – or rather, how a person perceives this very past.