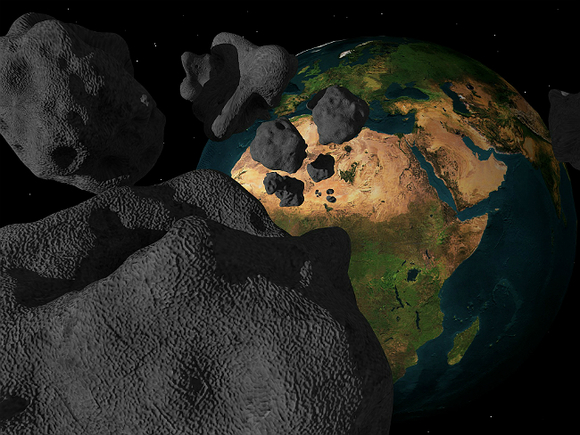 If the huge asteroid, then most likely sometime falls to the Ground, it will fail to the ocean as 70% of the planet are covered with water. In this case you shouldn’t expect a powerful tsunami, the group of scientists of National laboratory of Los Alamos (USA) has declared.

Researchers used a supercomputer to visualize as kinetic energy of quickly moving space rock will pass to the ocean at collision. In the way they have simulated a situation of falling of a large asteroid to Earth.

As it has appeared, asteroids are dot power sources, and waves generated by such sources quickly enough decrease. So no tsunami as it usually happens in movies accidents, from falling of a celestial body to the ocean will turn out. And here water vapors will be a real problem.

The matter is that hit in a stratosphere of a huge amount of water vapor can cause undesirable climatic consequences. So, when falling an asteroid with a diameter of 250 meters about 250 megatons of water can evaporate. That that will get to the troposphere, quickly will drop out back in the form of rainfall, but that that will reach a stratosphere, can be late, result in greenhouse effect and is quite strong affect climate of Earth.

The same asteroids which will blow up in air will have a smaller effect on formation of waves and water vapor. The most destructive asteroids can be those that will fall about the coastline. Here can be and the tsunami and explosion in air will also be extremely destructive.